The official list gives a breakdown of the teams that have currently entered into the 2020 season of racing along with the riders who will represent them. As it stands, the list is looking impressive with 45 teams entered for the MXGP and MX2 championships.

With 45 teams, a large group of talented riders and a packed race schedule, the 2020 MXGP season will once again showcase some of the best actions!

The 2020 Provisional OAT MXGP & MX2 Lists can be viewed in its entirety below: 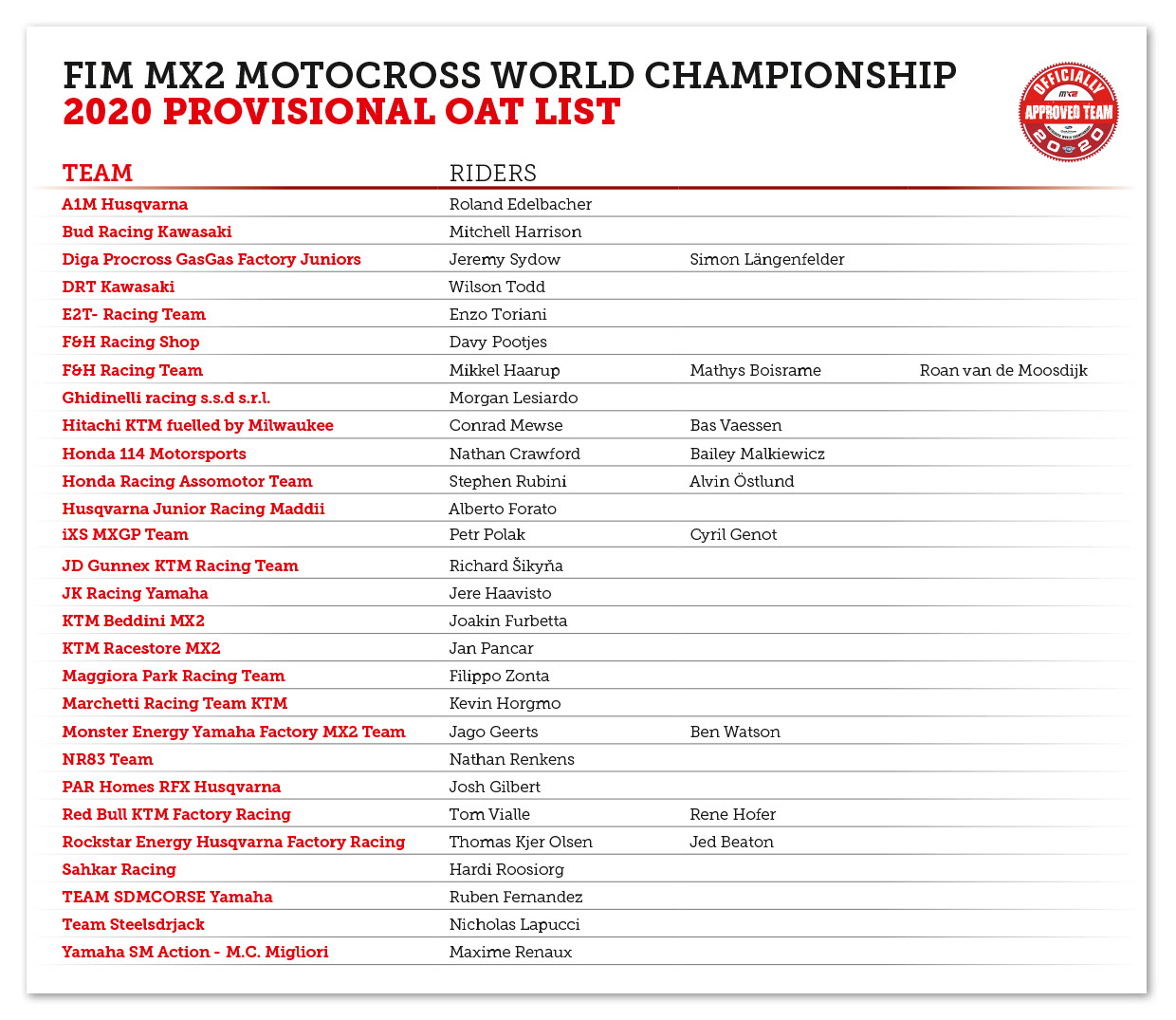