The opening round of the European Championship EMX250 has concluded here in Valkenswaard, with Bastian Boegh Damm leaving the Dutch round as the championship leader.

In race one, it was Rockstar Energy Husqvarna Factory rider Kay De Wolf who grabbed the holeshot, closely followed by Bastian Boegh Damm of W-Z Racing, but was quickly pushed down to third by Gianluca Facchetti, rider for Hutten Metaal Yamaha Racing. Meanwhile Jorgen-Matthias Talviku was in around fourth place. Facchetti tried to muscle his way into the lead in the early stages but Boegh Damm was not going to let that happen.

The next lap saw Facchetti fall from third to sixth, but then two laps later was able to make up for lost time, passing KTM Liamski’s Liam Everts. The Italian followed Isak Gifting towards the leaders, as they caught the back of Talviku who was in second.

On lap nine, Gifting was able to make a move on Talviku for second, with Kay De Wolf moving back up to fourth where he would finish the race. In the end it was Boegh Damm who crossed the finish line in first, 22.743 seconds ahead of Gifting in second and Talviku third.

Race two saw De Wolf take another flyer out of the gate as he led the second race. Gifting was there in close second and at one point made a move on De Wolf, who immediately responded passing the Swedish rider back. Pushing for the lead, Gifting made a mistake and fell a few positions and by lap two it was De Wolf, Team SM Action – M.C.Migliori – J1Racing’s Andrea Adamo, Talviku and Boegh Damm who made up the top 4.

BUD Racing’s Pierre Goupillon was also having a good ride, as he made several attempts to pass Gifting for P5. As Talviku pushed to pass Adamo for second, has a huge crash, which sees the Estonian drop down the order to outside the top 20, allowing Beogh Damm through into 3rd.

12 minutes to go and Boegh Damm flies past Adamo for second place, while Gifting was also looking to do the same. At this point the podium was all to play for as Beogh Damm was on track for 1st overall.

Two laps later and De Wolf continued to lead, but by then he was 16.959 second ahead of Boegh Damm. Talviku was also making a comeback in P19, pushing so score as many points as possible.

Gifting crashed out of 4th with 10 minutes go, allowing Thibault Benistant of Hutten Metaal Yamaha Racing to move up a position. A few laps later Benistant continued his racing momentum as he then passed Adamo for P3 with 3 minutes + 2 laps to go.  But Adamo doesn’t let go so quickly and the two actually bang bars, before Benistant is able to fully secure the position.

In the end it was Kay De Wolf who officially won the second race, but due to jumping on a waved yellow flag, the young rider was penalised which saw him drop down to P11. This promoted Boegh Damm to the race win, and with that he also took the overall victory. Talviku came back up to 18th place following his crash earlier in the race.

Bastian Boegh Damm: “It’s amazing. In the first heat I had the biggest gap and I just rode my own race while on the second race I had a good start, made some passes even if it was a hard morning as I was a bit sick last night. I’m so happy with my overall. I wish to thank my team as I have a fantastic people behind me” 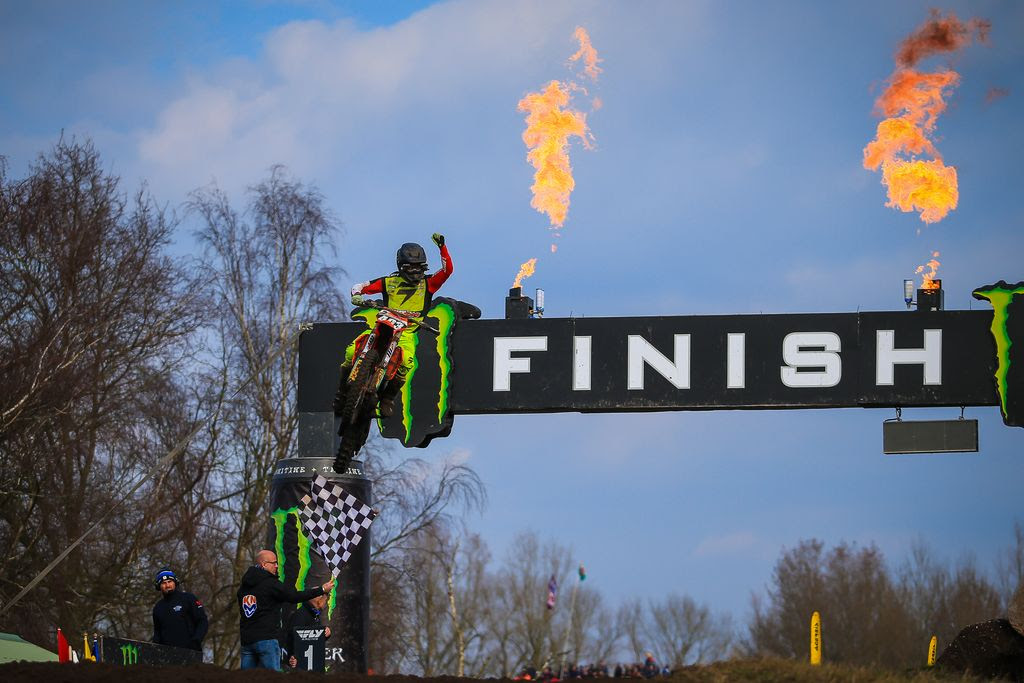 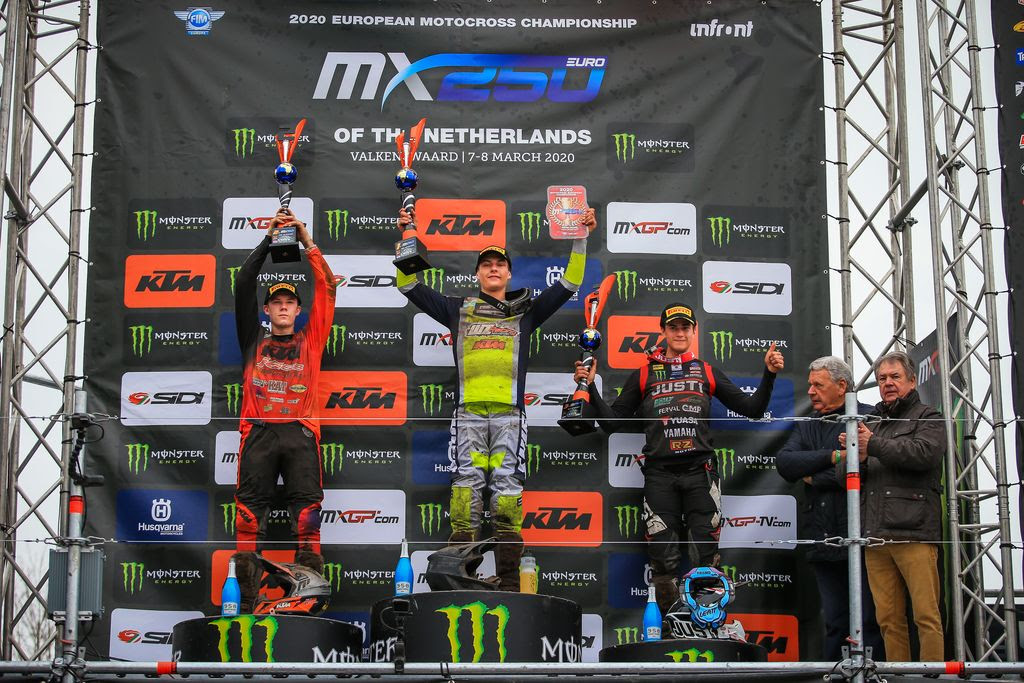 The next round of the EMX250 will take place in Agueda, Portugal on April the 26th.