Monster Energy Honda Team’s Kevin Benavides gave thousands of partisan fans in his native Argentina and Cordoba, scene of the finish line arch for one of the toughest Dakar rallies in recent memory, reason to party with his very first podium finish at the prestigious off-road chase.

The 29 year old ploughed through the draining final stages of a race that had begun two weeks previously in Lima, Peru to soak up the acclaim after 8000km, diverse landscapes and weather conditions and having watched the demands of the Dakar take its toll on his HRC teammates. The runner-up distinction was fantastically earned, tied Honda’s previous best at the Dakar and buried painful memories a year earlier for #47 when Benavides was ruled out of the 2017 edition due to injury.

“It’s been a great Dakar. I’m really happy and I felt great,” he said, surrounded by some of the most passionate motorcycle racing and motorsport followers on the planet. “It’s been really tough. We fought right up until the end. We always had a great strategy. We were always on the podium and were even leading the race at one point. We’ve finished second overall and we have won the final stage, which we knew we could.” 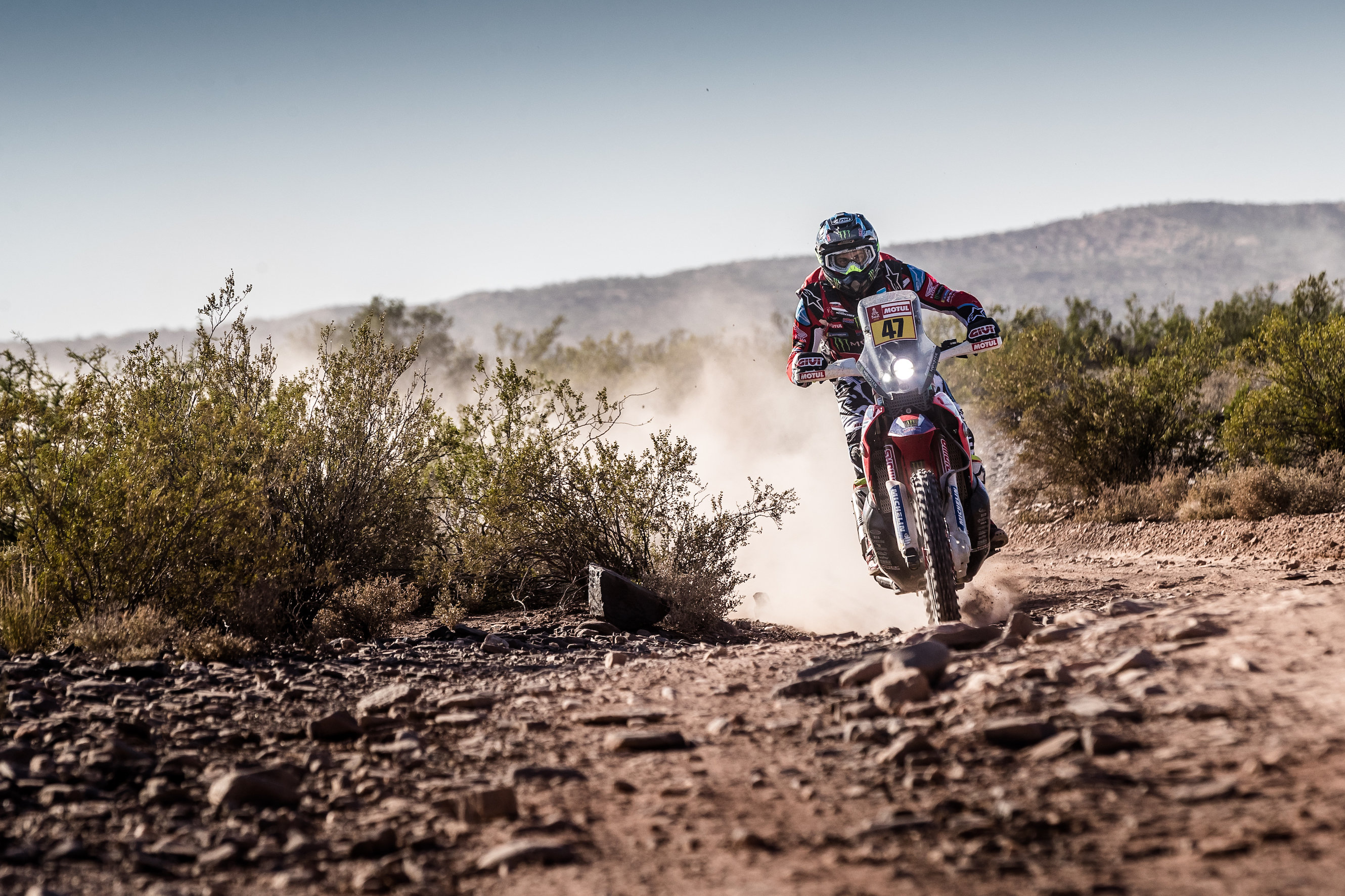 The Dakar is not only a nerve-shredding test of pace and bravery in a myriad of conditions and circumstances but also one of navigation, persistence and utter resilience. Joan Barreda was a multiple stage winner once again this year but succumbed to injury (left knee) and despite winning three days of the event was forced to withdraw from the race through the middle of the second week. Michael Metge (a rear wheel problem on stage 7) and Ricky Brabec (an frustrating electrical fault on the penultimate stage) also fought for key positions and helped drive the Honda team through the depths of the rally and the trek through South America. Veteran racer and 2015 runner-up Paulo Gonçalves hurt his right shoulder and left knee on the eve of the contest and was replaced by eager young Chilean Jose Ignacio Cornejo who turned many heads with his top ten pace and ninth place classification overall.

Two stages of the 2018 Dakar were ultimately deemed too perilous to negotiate for the motorcyclists and the 40th incarnation of this famous event had already claimed the defending champion Sam Sunderland and Yamaha’s speedster Adrien Van Beveren. The Frenchman led the middle section of the rally and looked odds-on to secure his first appearance on the podium in just his third attempt but a heavy crash on stage 10 of 14 ended his plight. 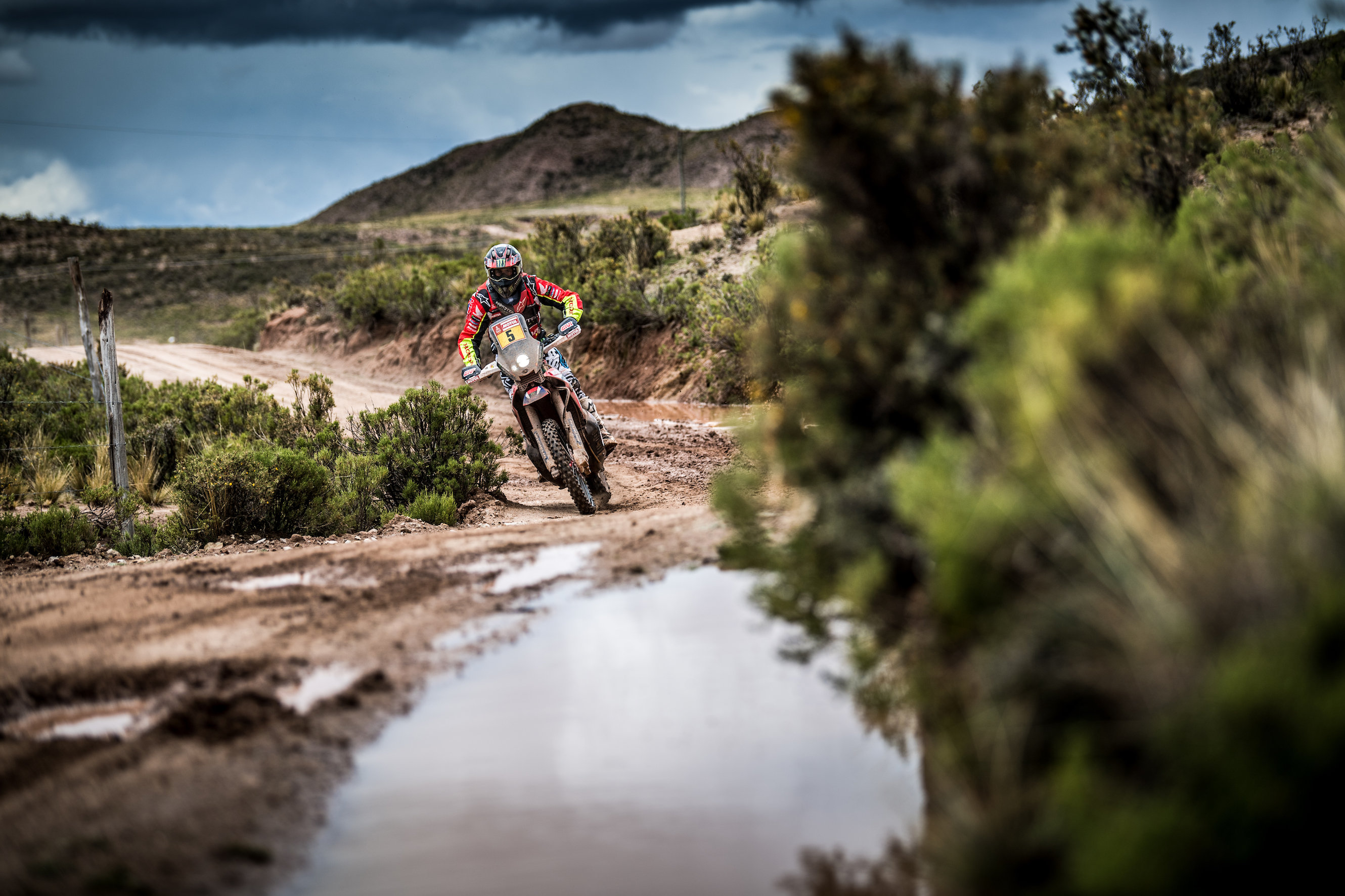 Meanwhile racing on four wheels, double Dakar champion Nani Roma was ejected out of the rally after a catastrophic crash at the end of the third stage. Roma, and co-pilot Alex Haro, rolled their X-Raid Mini in the treacherous dunes one kilometre before the finish of the day’s 296km timed special. While Haro escaped the crash unscathed, Roma was airlifted to hospital, for precautionary checks having sustained head and neck injuries.

While the off road racing legend was forced to return home to Spain early after being released from hospital in Lima, make no mistake; Roma will be back in the cockpit in full force as soon possible.

For the bikes a much-needed break will precede preparation for the 2018 FIM Cross-Country Rallies World Championship. 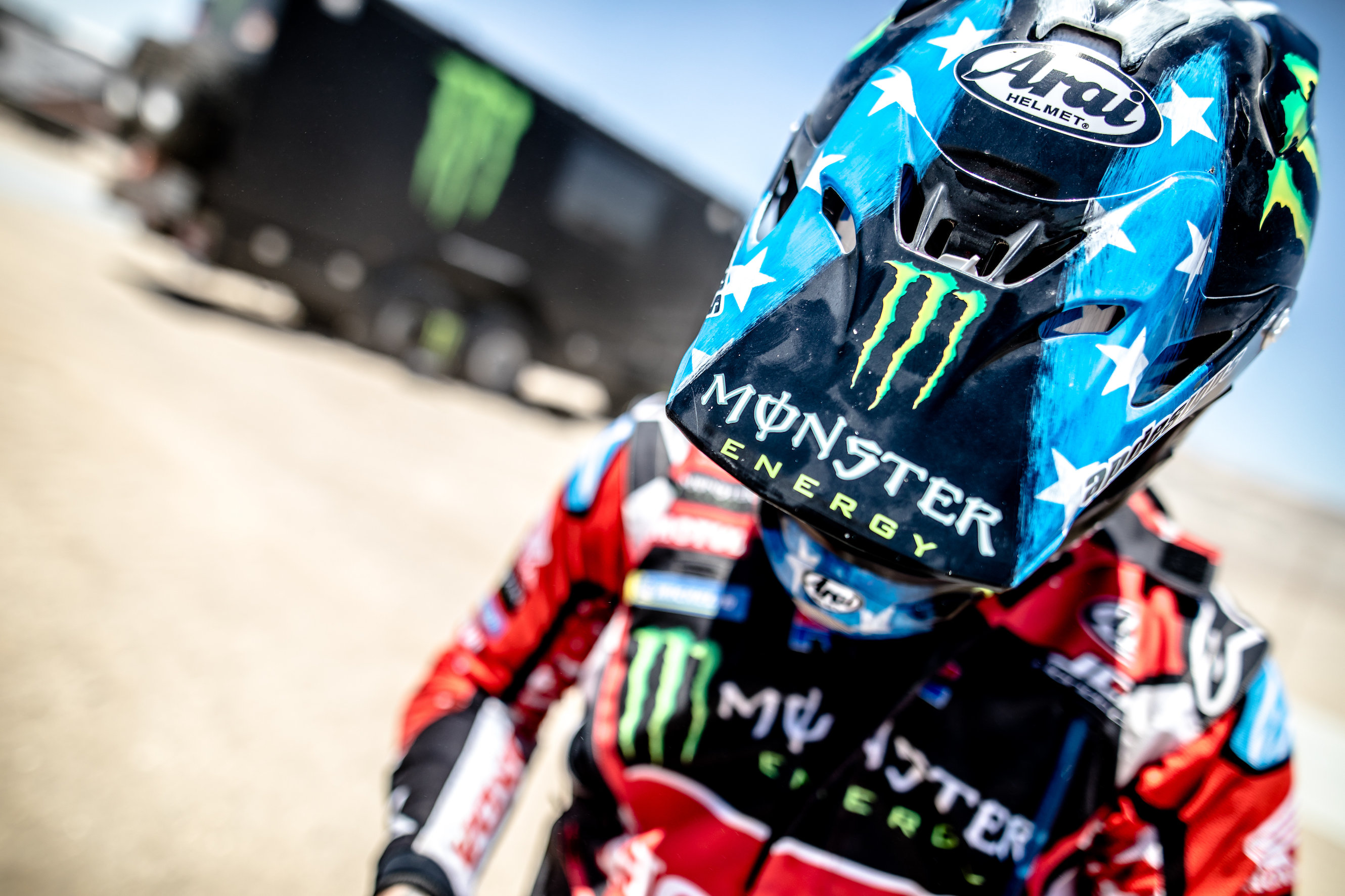