Bike It DRT Kawasaki’s Courtney Duncan achieved her lifetime achievement this weekend at the final round of the Women’s Motocross World Championship as she has been crowned 2019 Women’s Motocross World Champion in Afyon after walking away from the dry heat of Turkey with her first World championship. The New Zealander went 1-1 and proved once again to be too good for the opposition after dominating the whole series with 4 rounds win.

In the opening WMX race Duncan was in a close battle for first place, going from fourth to first in the second corner, but made a mistake and dropped back behind Papenmeier and Van De Ven. Duncan rode cautious and she did not want to make a mistake being third place just ahead of Andersen.

Duncan was on fire and moved into second place and relegated Van De Ven to third while Papenmeier crashed and dropped back to eight position. Duncan passed Andersen for the lead and was never headed again. Duncan won from Andersen and Van De Ven.

The second WMX race saw Papenmeier leading from Duncan, but the Kiwi was quickly into the lead ahead of Line Dam, Papenmeier, Van De Ven, and Shana Van der Vlist. After two laps the lead by Duncan was nearly seven seconds with Andersen second and Van De Ven third. Amandine Verstappen was into fourth and Dam fifth.

On lap six Duncan just controlled the race up front with a 13-second lead over Anderson and Van De Ven in third. The new World champion made it a 20 second lead on lap eight and looked brilliant once again. Dam crashed out while battling with Papenmeier for fifth position and dropped back to seventh. Duncan wins it from Andersen and Van De Ven claiming her coveted Women’s Motocross World Title.

Courtney Duncan: “I am lost for words. I can’t describe it. I won my first race and I expected big things from myself and everyone around me also. I needed to take my time and learn from these mistakes and failures and when we felt like quitting, we kept going and here we are, World champion. Yes, I mean I wanted to go out there and ride a good race and I had nothing to lose and just put the hammer down. What a way to end the season, nine out of ten wins and I couldn’t be happier. It was cool to clinch it yesterday and just enjoy today and embrace the moment. I am so grateful my family did and all my other family, they put in a bit effort. The team, Dixon Racing, Monster Energy and so awesome to have my family here.”

Larissa Papenmeier: “I had a tough weekend. I started getting sick and I was at the medical center for a long time, I wasn’t sure I could ride. I finished eight and crashed again and I wasn’t sure I could race again today. For sure I am not feeling good now, but congratulation to Courtney and let’s see what happens next year. I want to thank the team, my family and my fans. I want to ride MX2 class in China next week, so I hope I am well enough.” 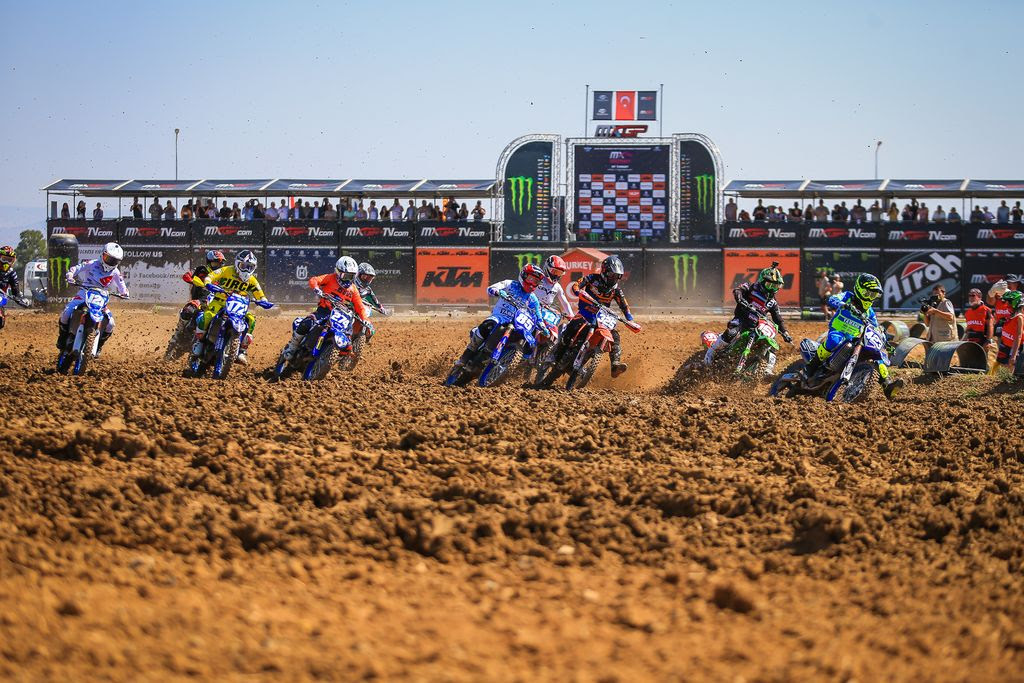 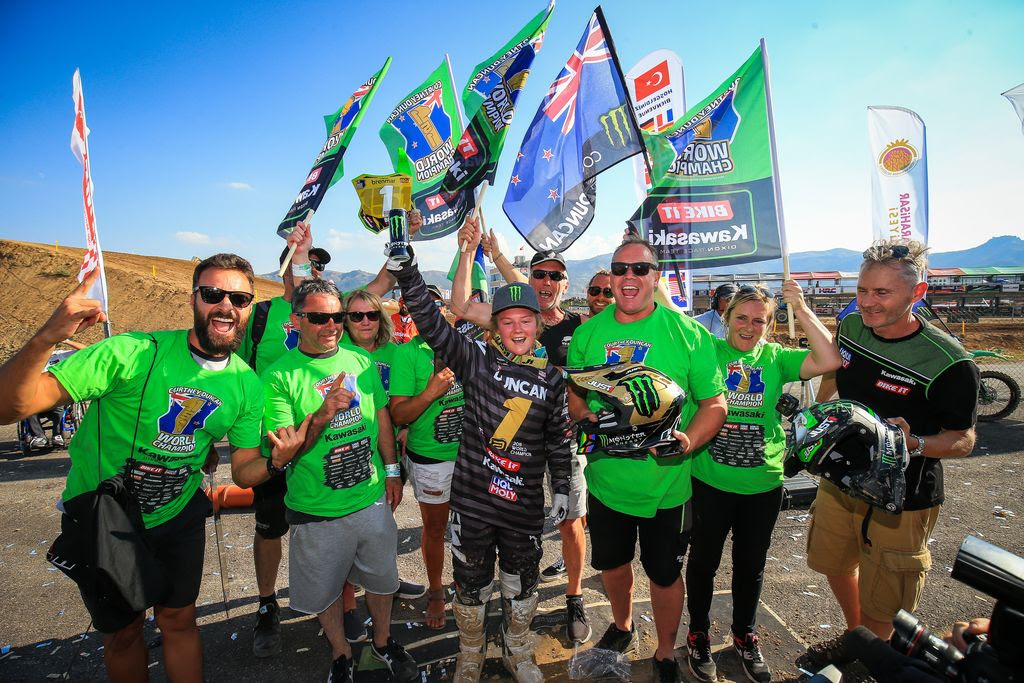