Defending FIM Women’s Motocross World Champion Courtney Duncan of Bike IT MTX Kawasaki has bounced back with an overall victory at the Round of Turkey, finishing on the top step ahead of Kiara Fontanesi and Ceres 71 Racing’s Nancy Van De Ven.

The WMX races today delivered some great action and intense battles that saw Duncan claim back the red plate, while Fontanesi and Van De Ven fought their way back onto the podium to claim some vital championship points.

With Duncan in the lead, Fontanesi was looking for a way to work away at the 5.517 second gap between her and the race leader, while Van De Ven pushed to pass Papenmeier.

Fontanesi then set the fastest lap of the race as she closed in on the Kawasaki rider while Van De Ven was finally able to take fourth from Papenmeier.

A couple of laps later, Fontanesi was on the rear wheel of Duncan who made a small mistake which presented Fontanesi the perfect opportunity to get her GasGas machine out in front as she took the lead on lap eight. Duncan was looking to fight back but made a mistake and went off track, losing a load of time as a result.

In the end it was Fontanesi who was the race winner with Duncan second and Verstappen holding on to third.

In the second heat it was Elisa Galvagno who grabbed the holeshot from Van De Ven, Duncan, Papenmeier and Fontanesi. Lynn Valk was there in sixth also.

Van De Ven then took the lead with Fontanesi getting around Duncan for second, while Verstappen got herself into fifth. By the end of the opening lap there was a change for the lead as Fontanesi was able to get good drive and get around the Dutchman.

Verstappen then passed Galvagno for fourth position, while Duncan passed Van De Ven for second place. Though the Yamaha rider was quick to respond and take back her position but only for a couple more laps as by lap three Duncan was back in P2.

Duncan then got her head down to close in on Fontanesi as she got the gap down to 0.884 seconds and it was game on from then on. As the Kiwi continued to push, she made a mistake which allowed Fontanesi to run away, though this did not last long as Duncan was able to clock in some very fast laps to end up on the Italian’s rear wheel once again.

The final lap was intense as the pair battled for the win, with Duncan giving it her all to pass Fontanesi on the final corner before the finish jump. Duncan was the race winner, with Fontanesi second and Van De Ven third.

The podium looked the same, with Courtney Duncan taking the overall victory ahead of Kiara Fontanesi and Nancy Van De Ven. With a 2-1 result Duncan now leads the WMX Championship once again, with Fontanesi picking up some solid points to get herself within 15 points of the series leader with Shana Van Der Vlist dropping down to third.

Courtney Duncan: “Yeah, it was a pretty solid day I would say. I had a pretty good qualifying and also two solid races. The second and first one, Kiara did really well. Second race also, the girls up front were fast and we had a good battle on the first few laps. Kiara had a really good pace going and then I thought “Okay, give it one last push” and passed her on the last lap. Really happy with that, not only for the race but also for taking the red plate back. There’s still so much racing to go and you can see that anything can happen in the races, you only need to look at the previous years. I just need to stay focused and take the next races as they come”.

Kiara Fontanesi: “I am really happy about the day because I could take the best lap time in free practice, I won race 1 which was really good because I came back and could catch Courtney, pass and win. Second race was okay, I still could not take the holeshot… This is a weak point, but we try every race. I took the lead and I really pushed hard during the whole race. I just made a really small mistake in the last corner, I mean three corners before, and Courtney could give everything and pass me. It was a great battle. I mean for sure I would have been happier if I took the 1-1, but I am still happy because I am there, and after so many years and with a baby it is something I would have never thought. For sure I want to win, but I am not focusing on the championship, and I never really have before because it probably makes you stress too much. I just want to enjoy. I want to take it race by race because I want to see myself at the top again, regardless of the championship. So, if I find myself at the top in every race, I will find myself at the top in the end”

Nancy Van De Ven: “My day started pretty good with second overall in free practice and third in time practice. I found a really good flow and felt confident. I could take a not so good but not so bad start in the first race and then I worked my way up to fourth. Actually, I was a bit faster than the third girl and I could have passed her, but the track did not have a lot of lines where you could pass. Second race I was second in the start, I had some good laps in the first part of the heat, and I was battling with Kiara and Courtney. Unfortunately, I got a little bit stressed because I struggled a lot in previous races. I wanted to be on the podium so bad that I overthought about the podium. I started riding with more and more stress. But now that we’ve been on the podium, I can let some stress go and I hope that I could ride freer in the next race. We will see where we can finish. I am feeling pretty confident for Tuesday because now the head is off, we know what we could do on this track and we know the track. I think we are going to have some good races again”. 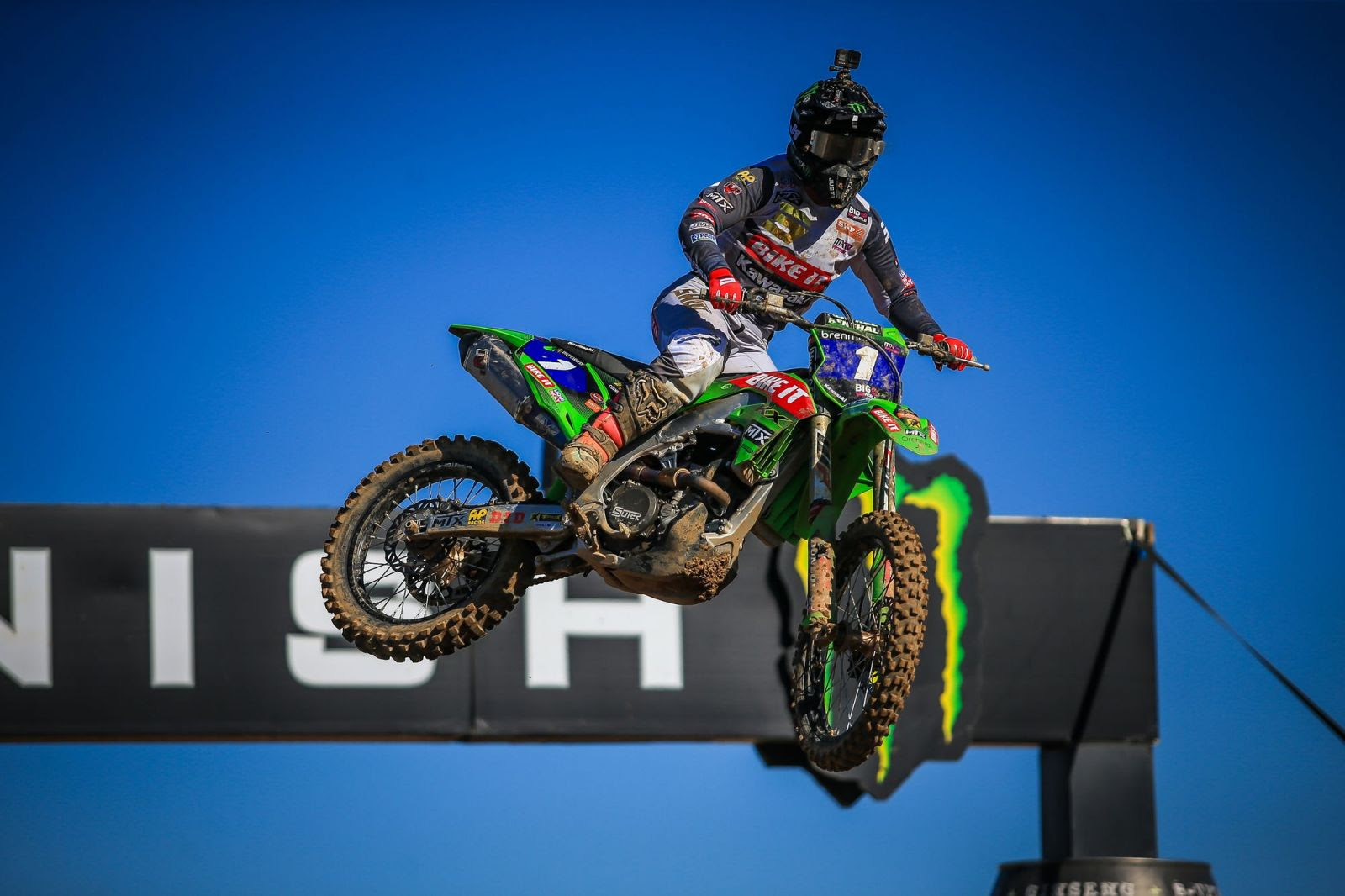