It has been the perfect day for racing with great weather and awesome British crowds who turned out to support the EMX riders as they kicked off round 1 of 2021.

In the EMX250 class it was Nicholas Lapucci of Fantic Factory Team Maddii who conquered the rest of the field, taking two race wins to secure the top spot on the podium as well as the championship lead. Joining him on the podium was the Norwegian, Kevin Horgmo of SM Action Racing Team YUASA Battery who finished second overall thanks to two solid heats going 3-2. Occupying the third spot was Cornelius Toendel from Riley Racing who celebrated a first podium finish in EMX.

In the opening EMX250 race, Lapucci wasted no time to jump into an early lead with Maxime Grau of Rockstar Energy Husqvarna Factory Racing, Toendel and Liam Everts of KTM Liamski just behind.

Everts then came under pressure from Hakon Fredriksen of 9MM Energy Drink BUD Racing Kawasaki and then Horgmo, before dropping a couple of more positions to 6th and then crashing out of the top 10 a few laps later. He finished the race in 12th.

Toendel then squeezed down the inside of Grau to take second with Frenchman, then coming under more pressure as Fredriksen and Horgmo went through as well, dropping him down to 5th.
Towards the end of the race all eyes were on Fredriksen and Horgmo, with the pair having an incredibly close battle for third, swapping positions on several occasions though Horgmo was able to hold on in the end to secure a top 3 finish.

Lapucci was the winner in race 1 with Toendel 2nd and Horgmo 3rd.

In the second race, it was Lorenzo Corti of S11 Motorsport DianaMx who got a great start, though not wasting any time once again was Lapucci who quickly jumped into P1. Fredriksen got around Corti next, with Horgmo doing the same not long after.

Horgmo then went after Fredriksen and was able to pass him much easier than in race one to move into second and it was game on as the Norwegian chased down the race leader.

Setting fast lap after fast lap, Horgmo edged closer to Lapucci, though couldn’t quite get close enough to attempt a pass and therefore settled for P2, as Lapucci took the win, with Emil Weckman of Honda Racing Assomotor Team securing a top 3 finish behind the pair.

Nicholas Lapucci: “It’s just crazy to start the season like this. We knew we had the speed but it’s always a surprise to get a result like this so I’m really happy and I’m looking forward to the next races. Today was just a perfect day to start well in time practice and then we kept going with the races, I just took the right gap to bring it back in both races. I just want to say thank you to the whole Fantic Factory Team Maddii, Fantic, the people at home, my family, sponsors and everybody who supports me”.

Kevin Horgmo: “I had two bad starts, so that made the day a little bit difficult, but I felt quite good from the beginning from the practice. I knew I was fast on the track, I just needed to get two good starts but unfortunately was mid-pack or top ten maybe, so in the second race I pushed really hard to stay with Nicholas Lapucci, I got to two seconds behind him but in the end my back brake failed on me, so I just rode smooth and kept it on two wheels to finish second overall”.

Cornelius Toendel: “I am very happy about finishing on the podium today. It is my first podium finish in EMX ever so I’m really happy with that and just looking forward to the next races and keep the ball rolling”. 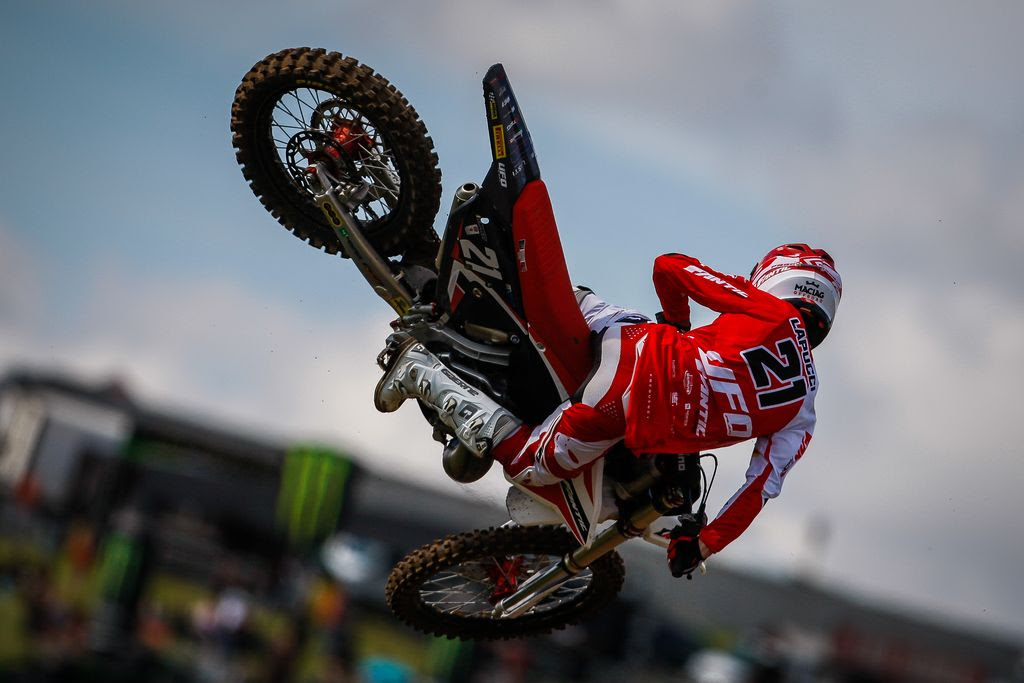 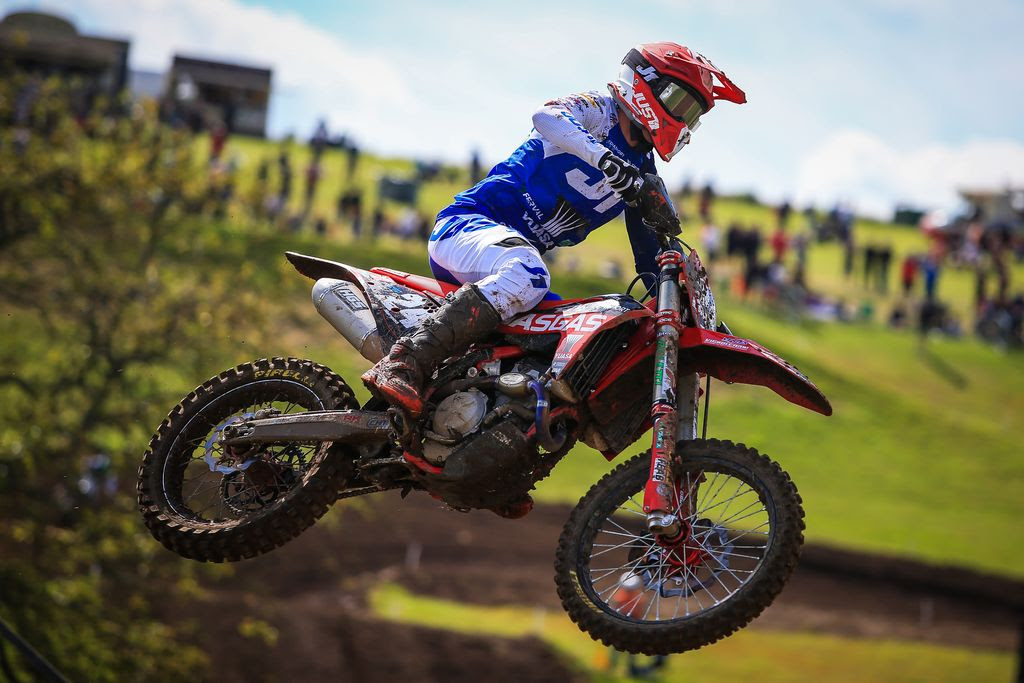 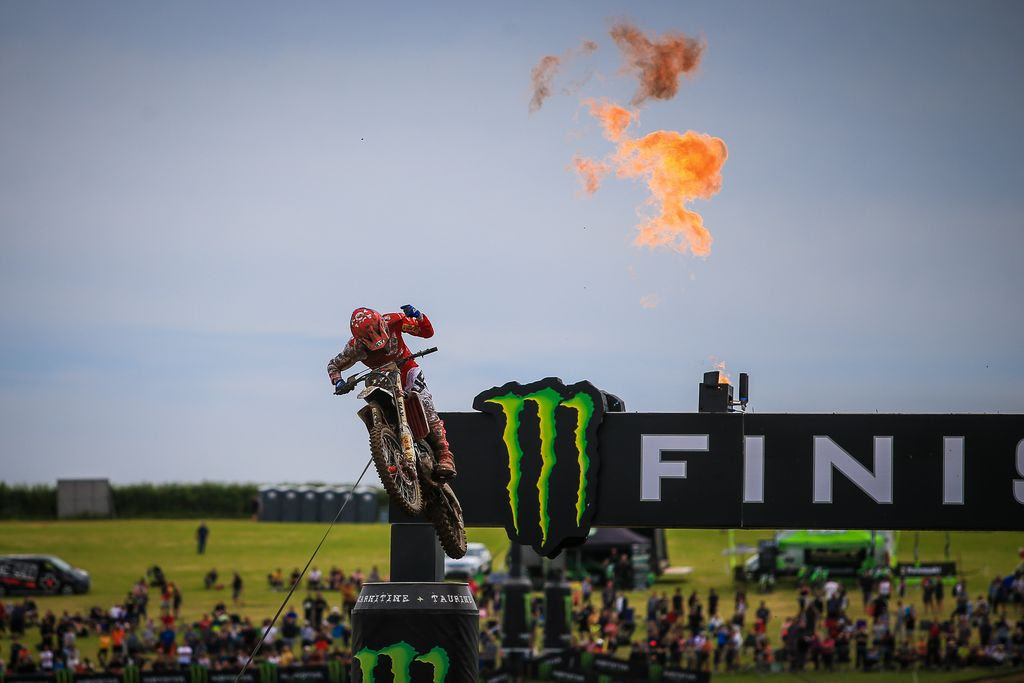 In the EMX125 Presented by FMF Racing category it was another win for Fantic Factory Team Maddii as Haakon Osterhagen’s 1-3 result in the races put him on the top spot of the podium. Ferruccio Zanchi of Yamaha Europe EMX125 MJC finished second overall while Brit Bobby Bruce of ASA United GasGas made the home crowd proud with a third-place finish.

As the gate dropped for race 1 it was Andrea Viano who got a great start, with Osterhagen not far behind as well as Sacha Coenen of 9MM Energy Drink BUD Racing Kawasaki and Zanchi.

It only took a lap or so for Osterhagen to get into the lead and he was quick to extend his gap to the rider in second who was Zanchi, as Viano dropped to third. Bruce then went after 5th as he searched for top positions.

With 5 minutes left on the clock Coenen got himself into second, with Bruce making his way up to 3rd followed by Zanchi and Marc-Antoine Rossi of Tech 32.

In the end it was Osterhagen with the win, as Rossi inherited P2 due to a penalty that was handed out to Bruce which dropped him 3 positions, as a result of leaving the track with gaining advantage. Sacha Coenen finished the race 3rd.

In race two Osterhagen led the way early doors once again, though shortly after the Fantic rider made a costly mistake which saw him crash and drop down the order, though not too far as he was able to recover vital positions quickly.

It was then Zanchi who led the rest of the field as he fended off the pressure from Bruce who was fighting hard to get into P1. Bruce made a brief appearance in the lead but didn’t quite manage to hold onto it.

The second EMX125 Presented by FMF Racing heat was cut short due to a red flag incident involving Ferruccio Zanchi and Kay Karssemakers. The Italian rider was taken to the medical centre for observation, though despite having an unfortunate incident was counted as the race winner as under a red flag incident the results are taken from the previous lap, which at the time Zanchi had led. Therefore, the race win went to Zanchi with Bruce in P2 and Osterhagen P3.

Haakon Osterhagen: “I’m feeling pretty good. I absolutely loved the track and felt quite confident coming into this race weekend. I just did my own thing and tried to not to think too much and let the bike do the work. The first race I had a bad start, but I got quickly to the front and took the win. The second race I almost had the holeshot but something happened with the bike, and I also made a mistake which cost me a little bit but I pushed really hard in the laps and got up to first place. But unfortunately, a rider crashed so it was a weird one but I’m still happy to take the overall”. 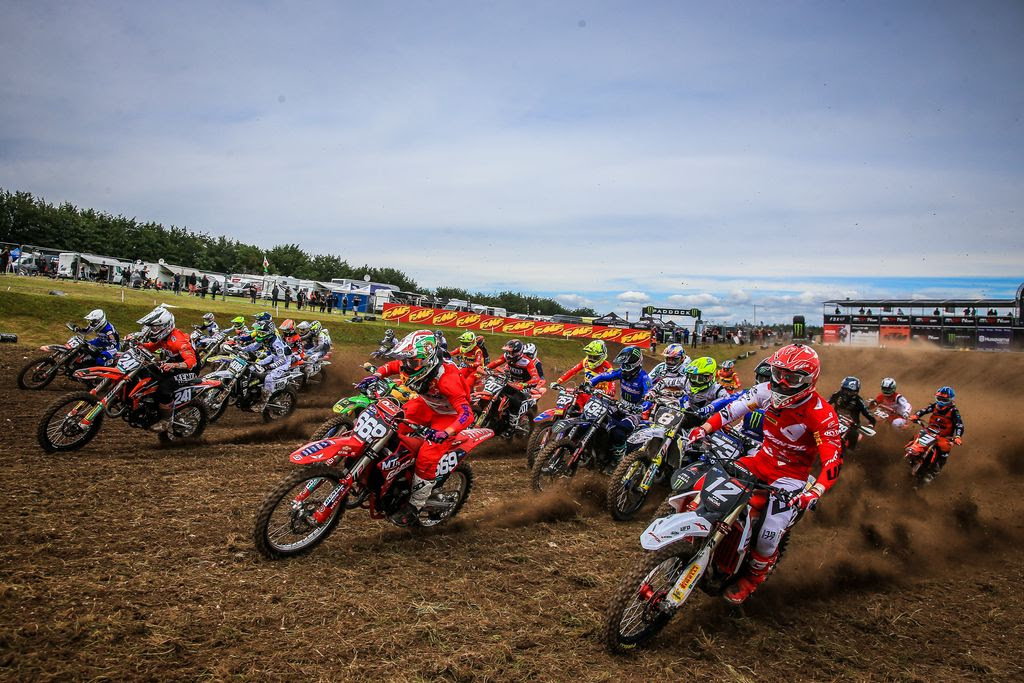 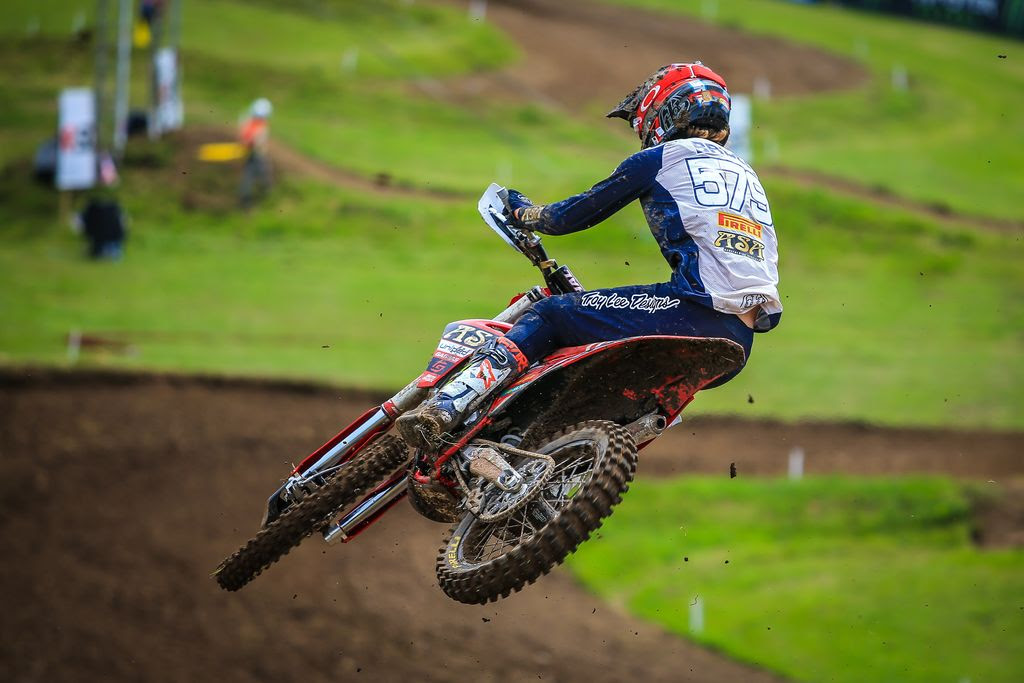