The 12th round of the FIM Motocross World Championship kicks off today in Semarang for the second year in a row where Monster Energy Yamaha Factory MXGP’s Romain Febvre and Red Bull KTM Factory Racing’s Jorge Prado went pole.

The MXGP of Asia started spectacular either in Time and Qualifying heats today with officials in attendance as the Governor of Central Java Mr. Ganjar Pranowo who enjoyed the MXGP show together with Youthstream CEO David Luongo and IMI President Sadikin Aksa from the MXGP Skybox Terrace.

Coldenhoff was looking very confident up front, although Gajser slowly started closing in. Two laps in and Gajser was all over Coldenhoff, while Febvre was three seconds back in third place. Gajser made a small mistake in a corner and Febvre was back in second place.

Coldenhoff continued to lead from Febvre and Gajser and after seven laps it was just a second between the Dutchman and the Frenchman for the lead. Febvre eventually passed Coldenhoff three laps to go.

Romain Febvre: “I had a good start in first place, and then coming into the first corner I slowed down and Coldenhoff moved around me. I am satisfied about my riding, I feel good and it wasn’t so hot today. I was second and then Gajser passed me after I made a mistake and I got him back when he made a mistake. I felt I could push today, and I made it happen. First pick of gate tomorrow, so I am happy. The track has been slightly changed, I like it, the layout is nice” 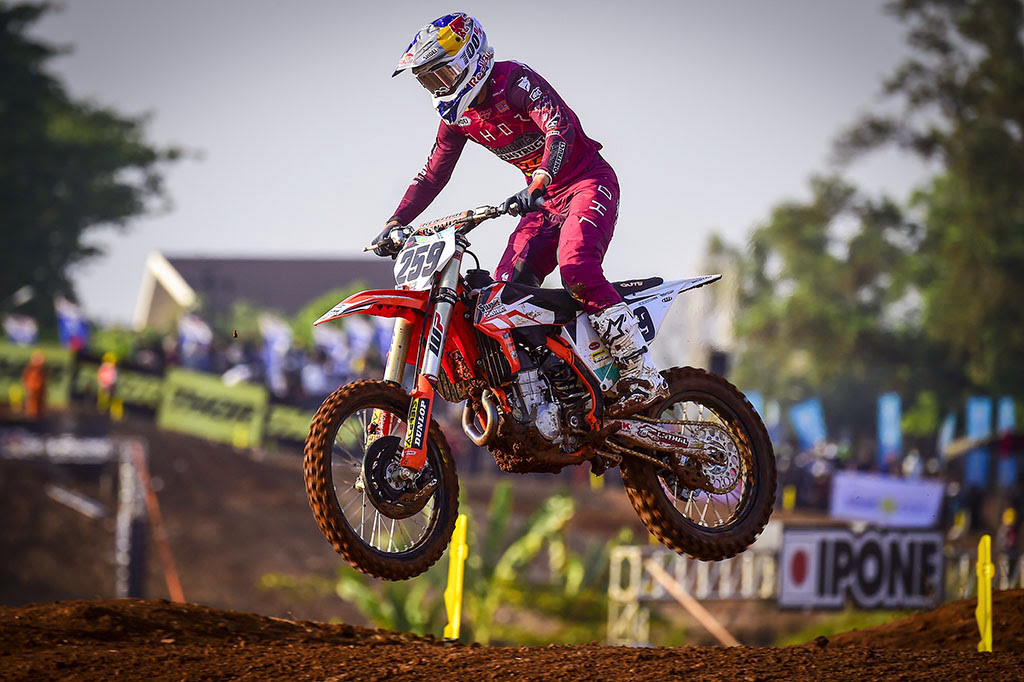 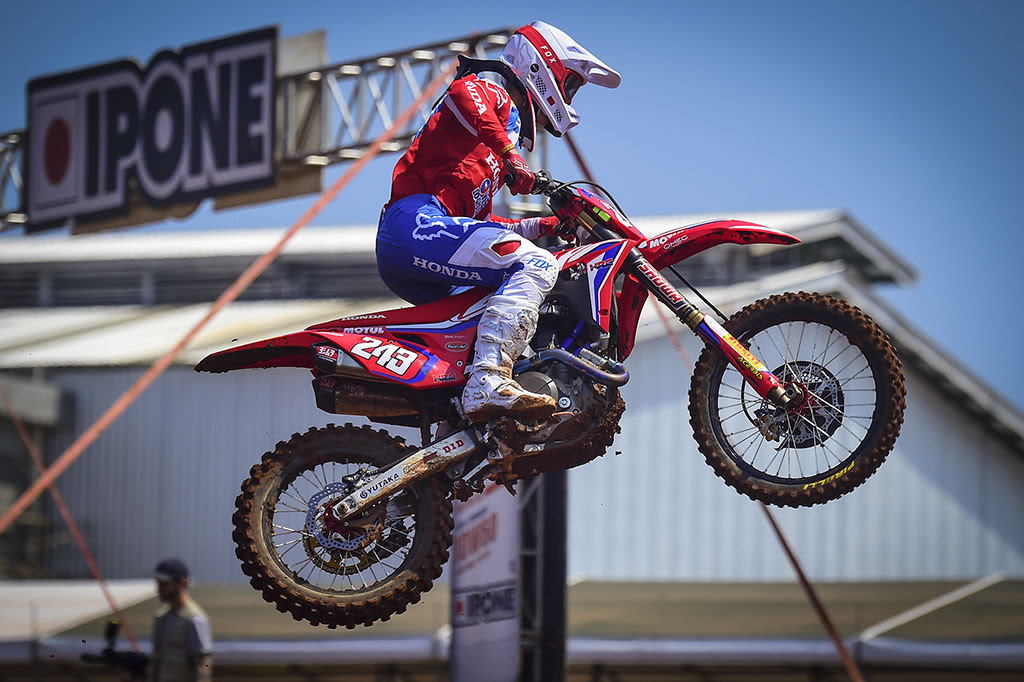 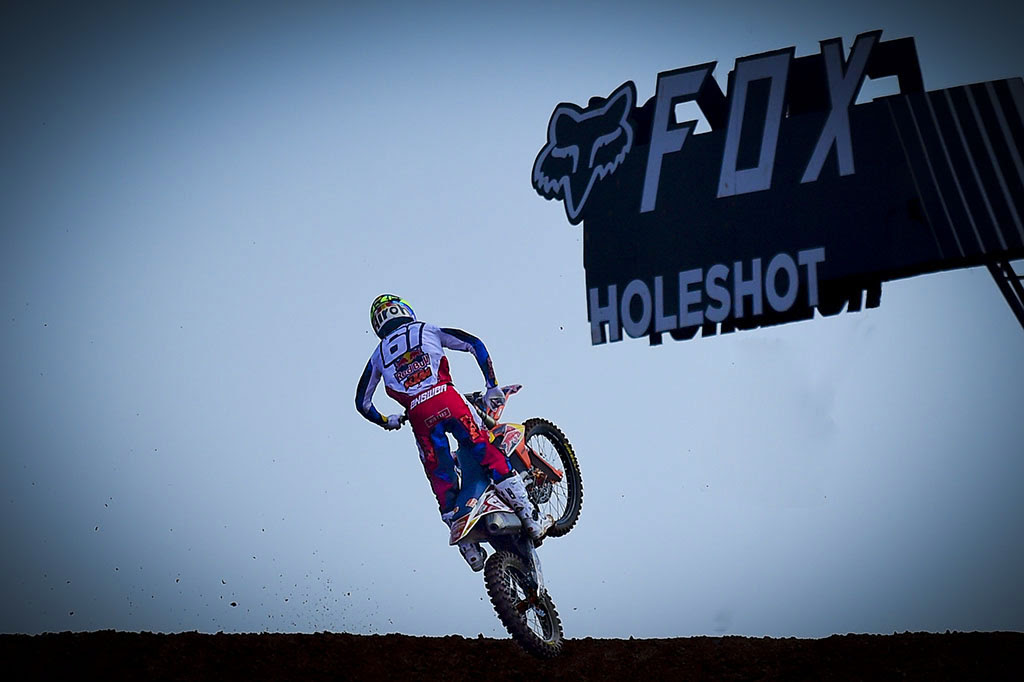 After two laps the lead was less than a second, and Geerts was again putting pressure on Prado as the hard-packed red dirt of the Semarang circuit made conditions challenging for the riders.

Prado extended his lead to more than three seconds on lap eight, and then came Geerts, Vialle, Olsen and Renaux. Rockstar Energy Husqvarna Factory Racing’s Jed Beaton was riding well to move into the top ten.

Jorge Prado: “It was a very good race and I felt comfortable and we will see how it goes tomorrow. The day started well for me. I had a good feeling all day long. I enjoyed the track even if it was a bit rough in the start. The start was actually the key and I led all the way. I was riding very careful today. It was hot, but not like last weekend, also, last weekend the racing was okay, but I feel better on this track, it is fun to ride.” 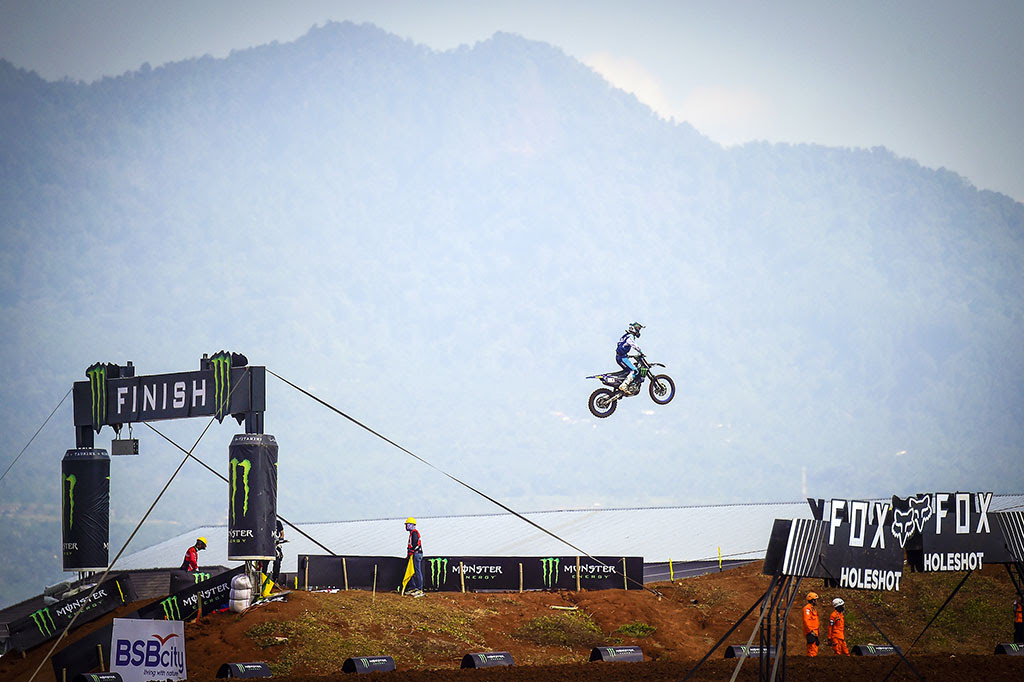 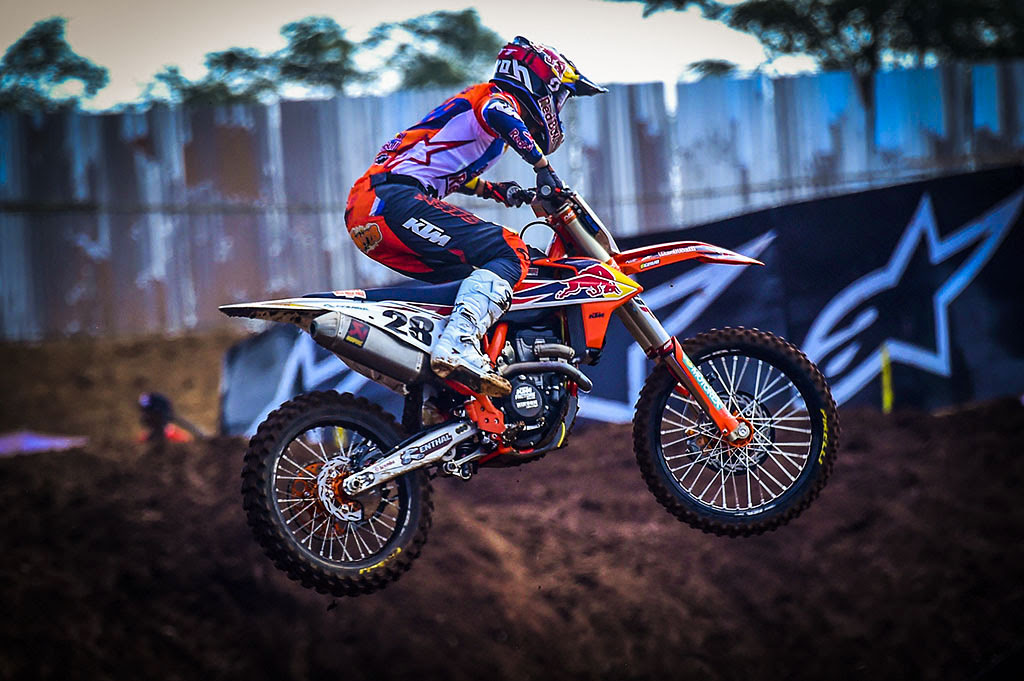 Complete results can be found HERE

All Photos from the MXGP of Asia can be found HERE