The 2020 FIM Motocross World Championship has seen its first lot of actions at the popular British circuit of Matterley Basin, as the MXGP and MX2 riders took to the track for their timed practice sessions.

Also joining the world championship riders were the supporting EMX125 presented by FMF Racing and Women’s World Championship classes. In the 125cc race, Liam Everts secured his first race of the season, following a good start that saw him lead the race from beginning to end. Meanwhile, Kevin Brumann and Rasmus Pedersen also had a strong ride as they finished second and third respectively. It was also good news for the Brits, as Joel Rizzi and Eddie Jay Wade both finished within the top 10, giving British fans something to cheer about.

In the opening Women’s race of the weekend, it was the defending world champion, DRT Kawasaki’s Courtney Duncan who got a good start, but her time in the lead was cut short as Ghidinelli Racing’s Nancy Van De Ven applied the pressure and jumped into the lead in the opening lap of the race. Meanwhile the returning Kiara Fontanesi was not far behind in third. In the later stages, Sara Andersen was chasing Duncan and Van De Ven before crashing on the finish jump and with 8 minutes to go, Van De Ven found herself in trouble which allowed Duncan to gain back the lead. The bad luck continued for the Dutch Van De Ven as a crash with two laps to go meant that she had to settle for 5th position. In the end it was Duncan with the first race win of the season, followed by the 6-time world champion, Fontanesi and Lynn Valk in third.

The MXGP time practice got underway with tricky weather conditions. This was the first opportunity for riders to compare themselves with their competitors, but with a field full of extremely fast riders, the result was tough to call.

As the session got underway, Rockstar Energy Husqvarna Factory Racing’s Arminas Jasikonis clocked in the fastest lap time, on the opening lap, which remained his fastest until the end of the session. He led the defending MXGP Champion, Tim Gajser and the 9-time World Champion, Antonio Cairoli, before Gajser set the fastest lap-time in lap three, crossing the line with a 2:41.612 lap-time and knocking the tall Lithuanian from the lead.

The top three didn’t change for the rest of the session with Gajser, Jasikonis and Cairoli finishing ahead of the Red Bull KTM Factory rider, Jeffrey Herlings and Rockstar Energy Husqvarna Factory’s Pauls Jonass.

2013 MXGP of Great Britain overall winner, Clement Desalle of Monster Energy Kawasaki Racing Team, set the 6th fastest lap-time, showing that he could be in with a chance of repeating his 2013 success at the British circuit.

British rider, SS24 KTM’s Shaun Simpson put on an impressive performance in front of his home crowd, setting the 11th fastest lap-time, giving him a strong gate pick for the races tomorrow.

Team HRC Tim Gajser: “I tried to do a quick lap as soon as possible because I knew the track was going to get more wet and it will be harder to make a fast lap, but it was ok because it’s the same for everyone. I really like the track, we will see what it will be like tomorrow; I definitely think the start is going to be key because when the track is wet it’s really important to be in front but anyway I will do my best and we will see”

Monster Energy Kawasaki Racing Team, Clement Desalle: “Today was not so bad.  Hope to have a good start again as this will be very helpful for the race. Last year I had a bad crash, but we had good testing in the off-season and I’m here again, I feel good with the team and the bike, so I’m feeling positive”.

Rockstar Energy Husqvarna Factory Racing, Pauls Jonass: “This off season we had no injuries and no major setbacks which is very important going into the new season, it’s always nice to start the season. Tomorrow will depend on the luck because in the muddy conditions anything can happen, but I like the track and we will see how it goes tomorrow but for sure I will do my best”. 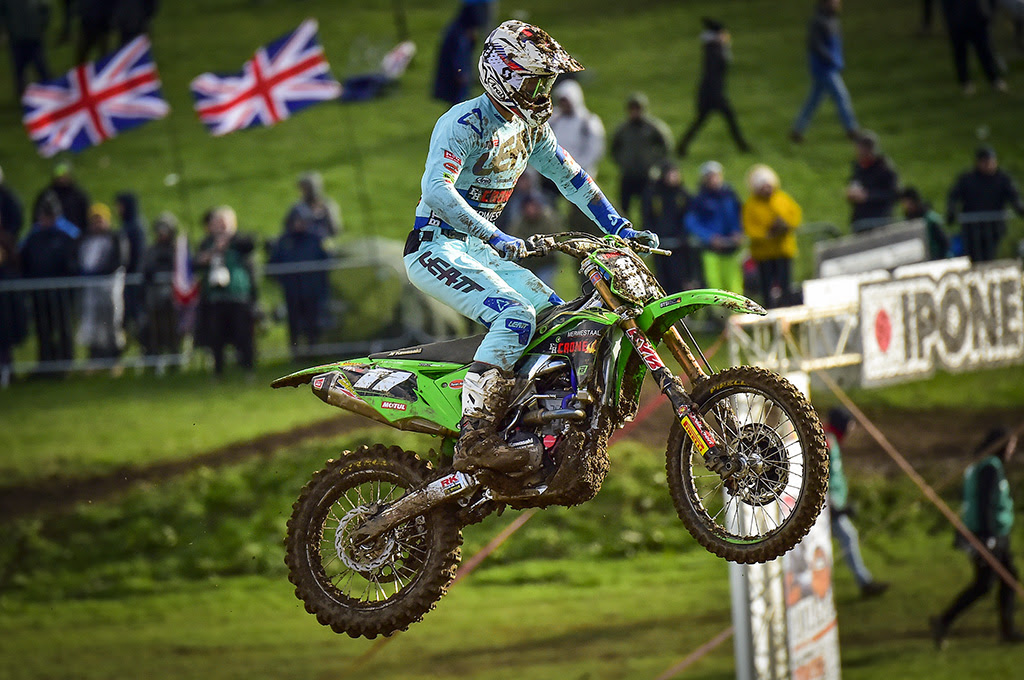 In MX2 the session was dominated by the F&H Kawasaki Racing riders, as Mikkel Haarup topped the charts in the MX2 time practice, going 0:00.595 faster than his team-mate Roan Van de Moosdijk. Overall it was a good start for the entire F&H Kawasaki squad, as Mathys Boisrame finished in 10th and with three riders in the top 10, F&H are looking strong for tomorrows races.

Monster Energy Yamaha Factory MX2 rider, Jago Geerts had a good ride in third, with the Red Bull KTM Factory rider Tom Vialle behind in P4. Doing it for the Brits was Hitachi fuelled by Milwaukee pilot Conrad Mewse, who made the most of his home GP, setting the 5th fastest lap-time ahead of MX2 rookie and Red Bull KTM Factory’s newest recruit Rene Hofer.

Rockstar Energy Husqvarna MX2 rider, Thomas Kjer Olsen, who is considered the favourite going into round 1 of the championship had an unlucky crash and was unable to better his lap-time from lap 4, finishing 7th ahead of his team-mate Jed Beaton.

Meanwhile, GasGas factory supported Jeremy Sydow of the GasGas Factory Juniors squad had an impressive ride to place in 10th, putting the brand-new world championship manufacturer among the top teams in the championship.

F&H Kawasaki Racing, Mikkel Haarup: “It was unexpected to be honest; I just came here to ride good and of course we knew we were quick but the main goal was not to be the quickest. I was just doing all I could even of the track was tough. I just managed to do a few quick laps and yeah I’m happy with the qualifying”.

Monster Energy Yamaha Factory MX2, Ben Watson: “It’s strange to be the first race of the season as its normally later on and because the season has started but it’s nice to be back here in Matterley Basin. I had a good off-season but I crashed and popped my hand again which meant I had 4 weeks off the bike and rode just two times this week. I finished 4th in 2018 season and last year I had bigger expectations, I wanted to keep making steps each year and the last season was a difficult one for me. We go again this year and we are only at round one, so I also need to be smart for the duration of the season”. 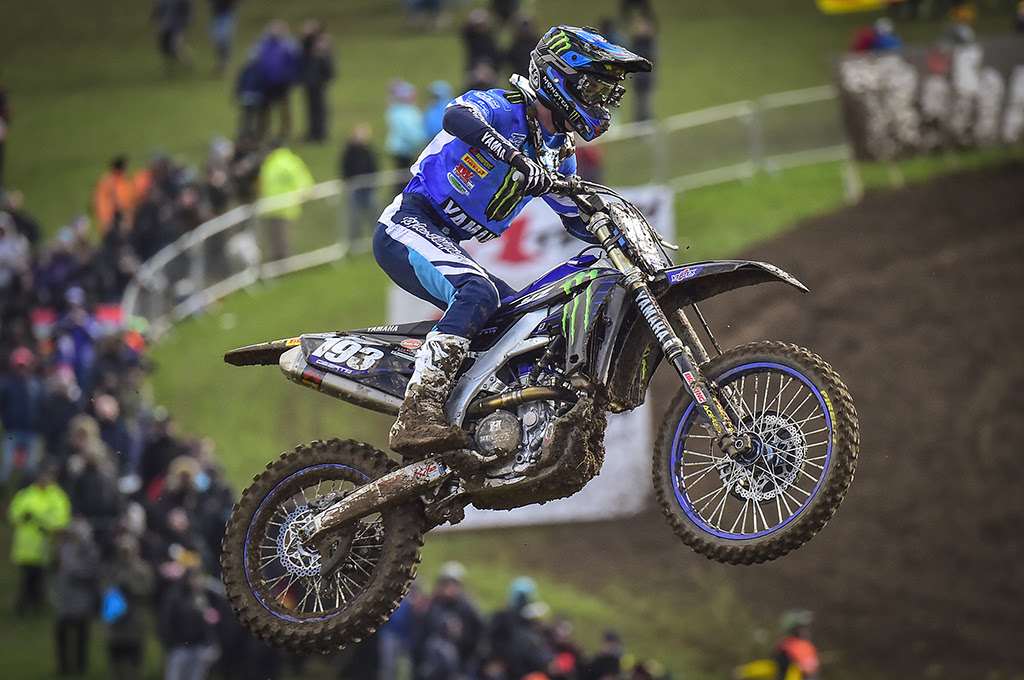