As the Sun start to set on the Portuguese circuit of Agueda the buzz from the excitement of today’s epic racing continues. The 2019 MXGP of Portugalprovided another round of stunning MXGP and MX2 racing with Team HRC’s Tim Gajserand Red Bull KTM Factory Racing’s Jorge Pradofinishing atop the standings.

Agueda’s clay soil is rich with color but today’s racing was even more vibrant as thousands of fans filled the trackside hills to take in the action. Graced with blue skies and sunshine the track was prepped to perfection overnight but the riders of MXGP and MX2 still had their hands full as it developed into a challenging circuit as the day progressed.

MXGP Racing started with a Fox Holeshot from Red Bull KTM Factory Racing’s Antonio Cairoli, his 8ththis season. Cairoli’s main competitor so far this year, Team HRC’s Tim Gajser, was in second through the first corner and immediately gave chase to the Sicilian.

Paulin however fell out of the top 5 on the opening lap which left him to resume the race nearly dead last. His teammate Tonus went from 4thto 3rdwith a pass on fellow countryman Jeremy Seewer. The two Monster Energy Kawasaki Racing Team riders Clement Desalle and Julien Lieber held down 5thand 6thfrom the start with Lieber taking the lead role.

About three quarters of the way through the race Gajser’s continual pressure paid off when Cairoli stalled the engine out of corner and although he was able to get back going it was all the #243 needed to take over the lead. Cairoli latched right onto the Slovenian and during the final two laps made a push to pass but the sprinting speed of Gajser got the better of the Italian.

Behind Gajser and Cairoli at the finish was Tonus, Seewer, Lieber, Desalle, and Rockstar Energy Husqvarna Factory Racing’s Pauls Jonass. Paulin rode at an incredible pace through the field moving in and out of the race line to come from last to 15th.

Race 2 started with a Fox Holeshot from Tonus for his first time this year but Desalle took the lead and Cairoli slid into 2nd position by the first downhill. Gajser was in 5th behind Seewer but made it into 4th by the end of the first lap. Paulin was off to a much better start in 6thwith Monster Energy Yamaha Factory MXGP’s Romain Febvre adding to the YZ frenzy in 7th.

As Desalle led Cairoli it was Gajser making passes first on Tonus for third and then both Cairoli and Gajser got by Desalle in the same section. Cairoli was into the lead but within one lap a mistake saw him fall and drop to 5th. With Gajser in the lead Cairoli immediately retook 4th position then after 4 laps both Tonus and the #222 passed Desalle.

With 4 laps to go Cairoli passed Tonus to get into second but Gajser was already long gone taking an emphatic overall victory via double race wins for the second time this season. Cairoli took 2-2 for 2nd overall while Tonus reached the podium in his stunning ride and hard fought 3-3 finishes.

Tim Gajser, “Last weekend was tough, so I tried to forget it and just focus on this weekend. I was feeling good yesterday and also today, the riding was good, and I had two good starts. It was great racing and I am really happy to win both races, hopefully we can carry that moment to the next round.”

Antonio Cairoli, “On one side I’m happy because this is the goal to be on the podium and always consistent but on the other side I’m disappointed of course. I am happy like I said but focused on the next one where I will try to be consistent and not make these mistakes.”

Arnaud Tonus, ”It feels amazing, it is hard to find the right words at the moment, I have been through a lot so it is good to be up here. I really had to fight today, in the first race I was battling with Jeremy (Seewer) and he passed me in the beginning of the race so I had to come pass him back, it feels even better knowing that I fought to make it happen. I am super happy and I hope that I can keep it going.” 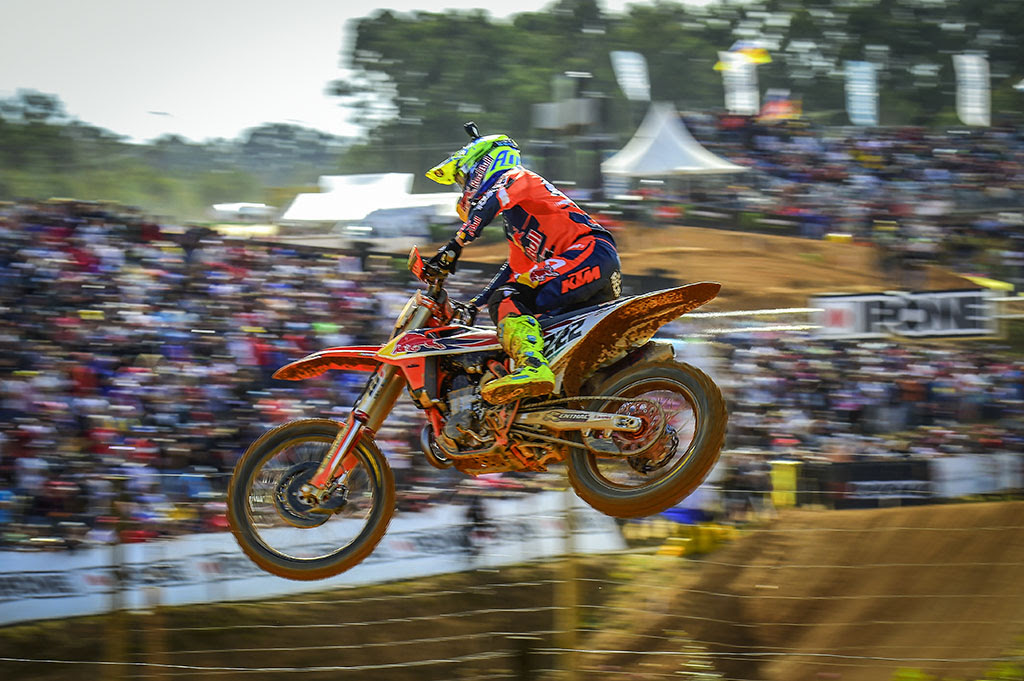 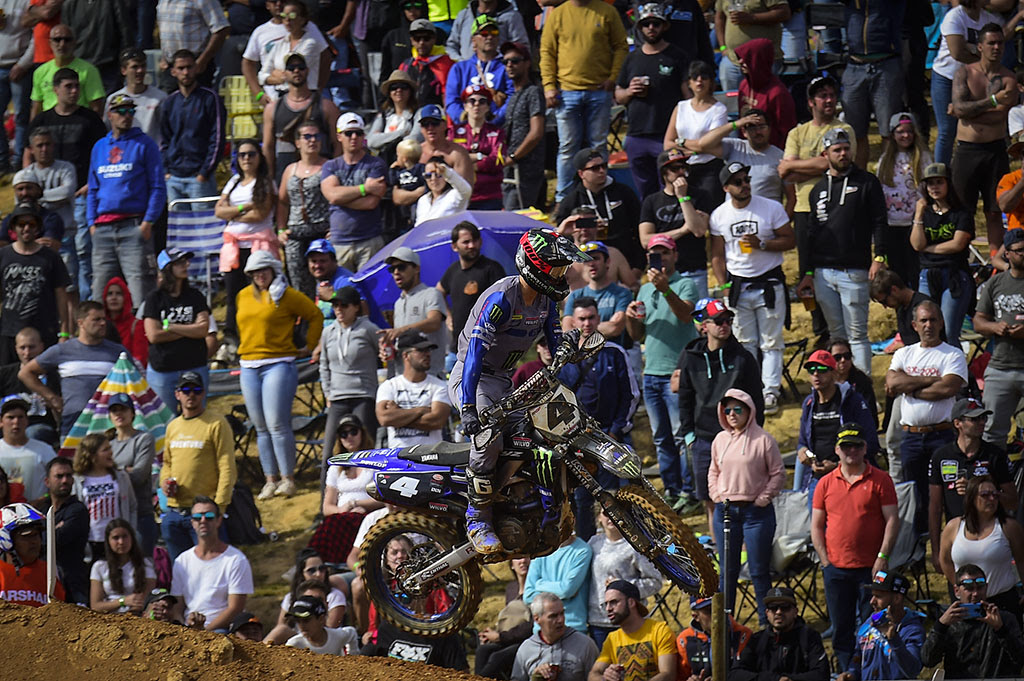 The race then ended abruptly for Cervellin when he crashed in spectacular fashion during lap 7. Honda 114 Motorsport’s Mitch Evans took over the 4th position Cervellin crashed out of with the Honda Redmoto Assomotor machine of Mathys Boisrame getting into the top 5 as well. Evans then lost 4th to both Boisrame and Monster Energy Kemea Yamaha Official MX2’s Jago Geerts. Boisrame was shifted back 7 laps later when Geerts and Evans took 4th then 5th away.

Back at the front Olsen made a pass on Jacobi with 2 laps to go and as Jacobi pushed to reclaim the spot he instead fell and lost 4 positions on the last lap. Prado took the race win with Olsen 2nd ahead of Geerts, Evans, and Boisrame.

MX2 Race 2’s Fox Holeshot was taken by the wildcard EMX250 entry of Roan Van de Moosdijk from F&H Racing Kawasaki. Prado got the better of Van de Moosdijk into the second corner and took the lead. Van de Moosdijk dropped back to 4thwhile his teammate Jacobi moved to third.

Prado lost his lead to the Australian Mitch Evans before the end of the first official lap and held it for another 4 while Prado looked for an opportunity to pass. Cervellin returned to race after his crash earlier in the day and though banged up was in the top 5 as the race progressed.

Olsen made a mistake and had a back of the pack start but surprisingly didn’t crash after clipping another rider. By the 6th lap Olsen had worked up to 5th from 10th passing Cervellin and a handful of others in the process. With 5 laps remaining Jacobi made a pass on Evans to take over second and a lap later Olsen made one more pass to get into 4th past Van de Moosdijk.

All the while Prado continued to lead before taking the checkered flag for his 5th 1-1 result of 2019. Olsen finished 2nd overall but it was a bitter sweet moment as he also lost the championship lead to Prado. For the second time in his rookie MX2 season Evans reached the podium in 3rd position.

Jorge Prado, “This is the closest race to a home GP for me, we are very close to Spain and there are so many fans that came out and many were cheering for me, I really enjoy it. When I went onto the podium they went crazy so it is great to have a race like this and it was a great weekend. For me it was important to get the red plate because I feel more comfortable with it but it is tough to keep so I try to not make any mistake but in motocross you never know.”

Thomas Kjer Olsen, “I felt like my riding all weekend was really good so that was a huge positive. I felt pretty calm all weekend and I had a lot of confidence in my riding along with my technique on the bike. I am kind of bummed out about the mistake I made on the start of race 2 but it could have been much worse and I got up to 4thwhich was pretty good. I am just going keep working and focus on myself to be the best that I can, not worrying about much else.”

Mitch Evans, “It feels great to be back on the podium, we had a few tough weekends with some little injuries and my fitness dropped off because of it. We are finally back to the normal program and I am feeling a lot better which also gives a lot confidence coming into the weekend.” 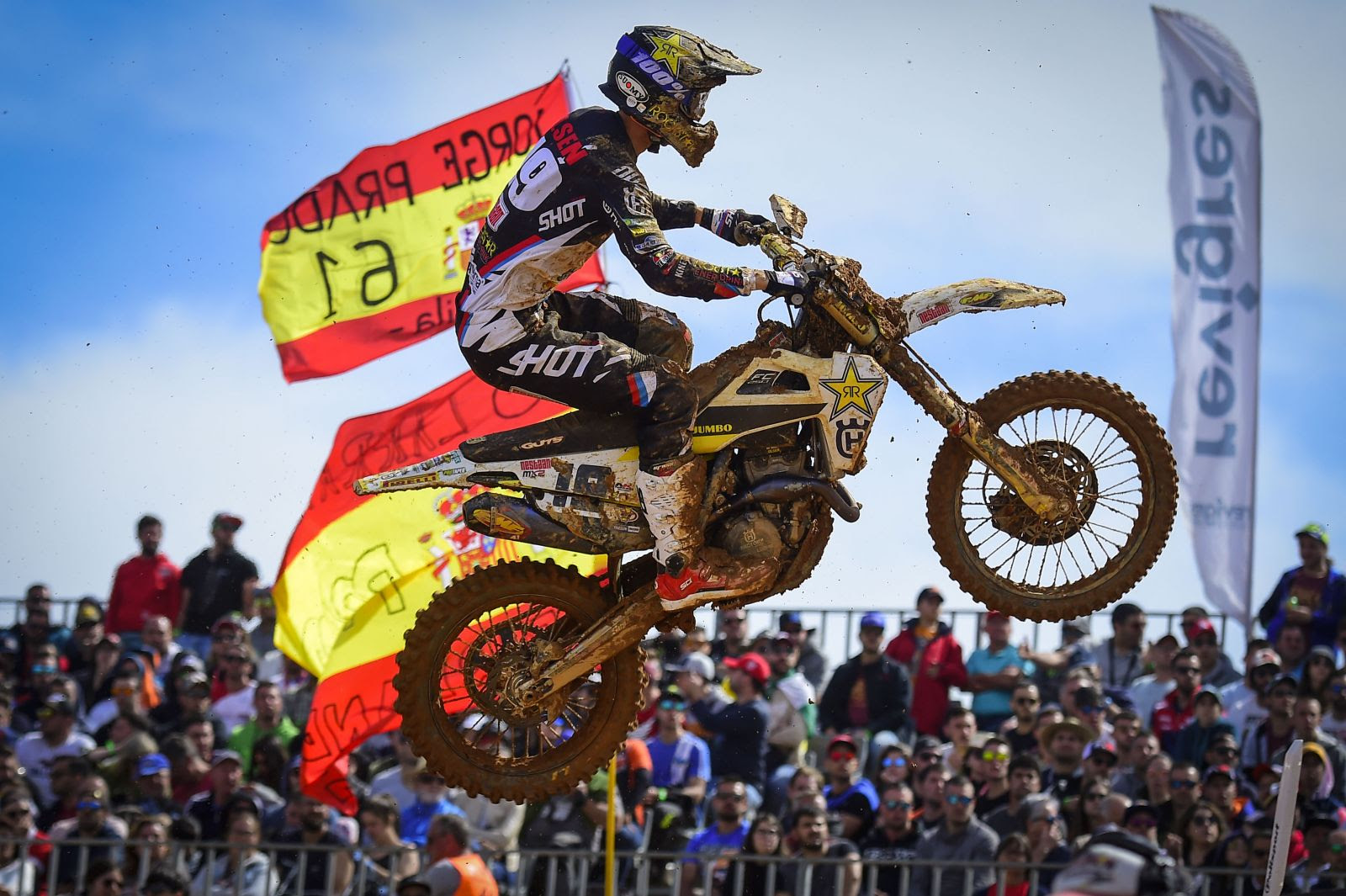 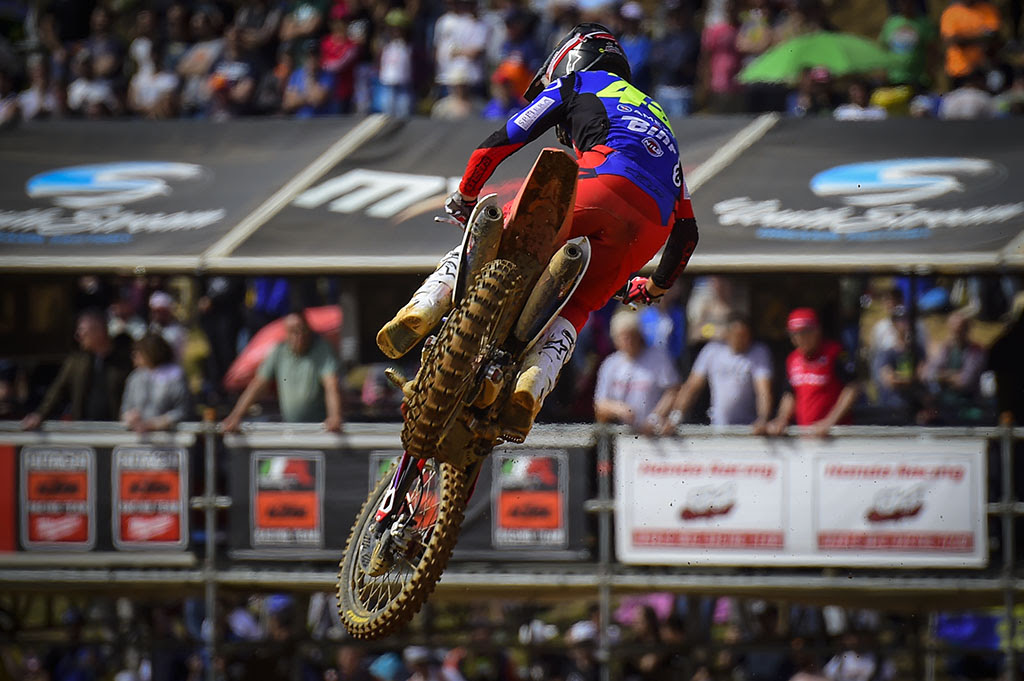 NEXT STOP
The next round of the FIM Motocross World Championship is taking place in 1-week time in St.Jean d’Angely, France.