Out of action since 2019, the legendary Red Bull Erzbergrodeo roared back into life for round three of the FIM Hard Enduro World Championship. And it didn’t disappoint! In what proved an epic 26th edition at the Iron Giant, it was Red Bull KTM Factory Racing’s Manuel Lettenbichler who led home the field of 500 starters. A debut win for the German, it also marked the first father and son duo to win the race, with Mani matching his father Andreas’ victory from 2015. 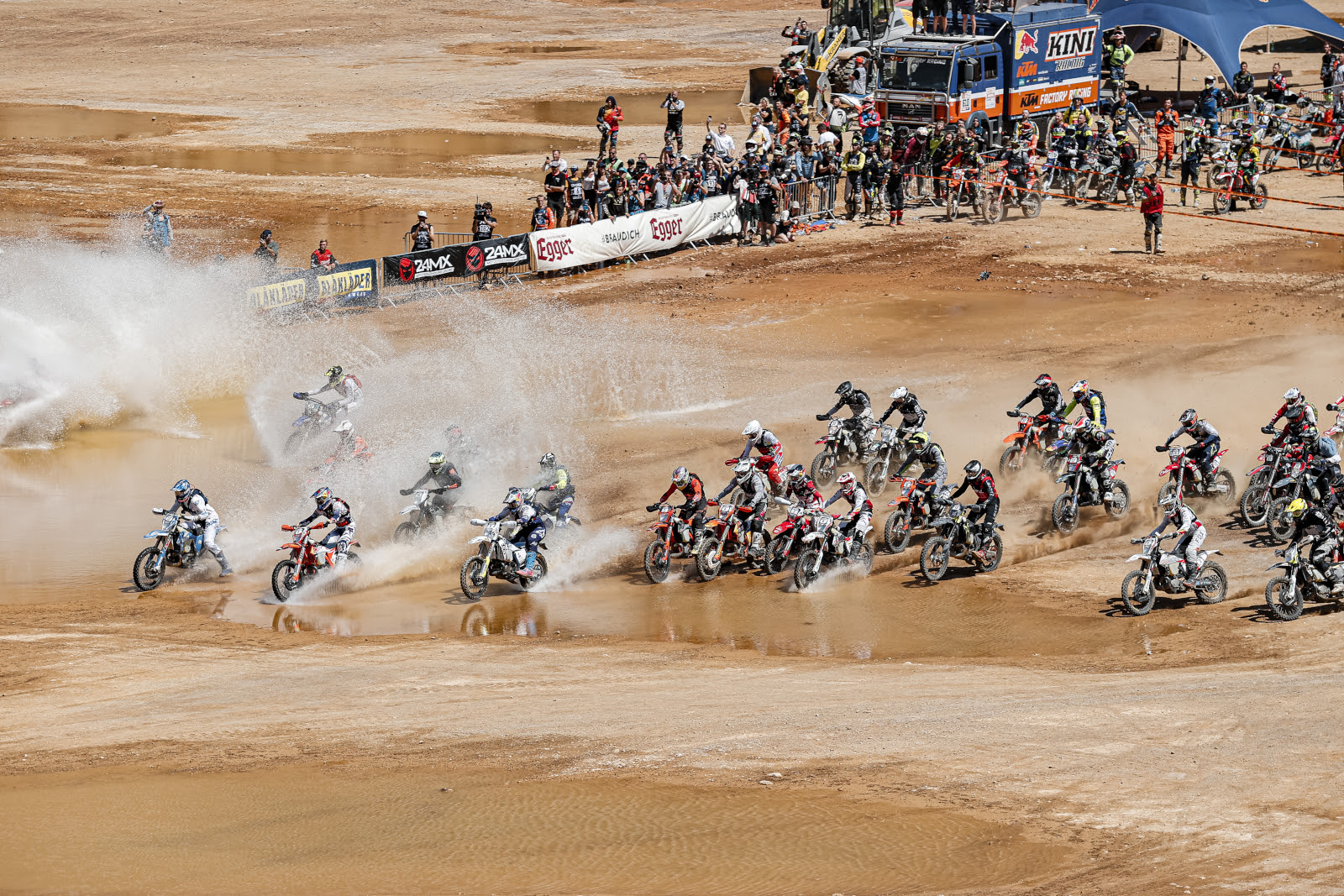 At 14.30CET the long-awaited Red Bull Erzbergrodeo finally began. With all the top contenders qualified on the front row, the battle was on to get a wheel in front. Hungry to lead, Lettenbichler was quick to do so, and it was a position he would never let go of.

As the competitors battled section after section, Lettenbichler led the way. Early on, home favourite GASGAS Factory Racing’s Michael Walkner was close behind in second, with Husqvarna Factory Racing’s Billy Bolt, Teodor Kabakchiev (KTM), and Roman in contention. Drama struck championship leader Graham Jarvis (Husqvarna) off the start as a technical issue resulted in him taking over one hour to make repairs before continuing. 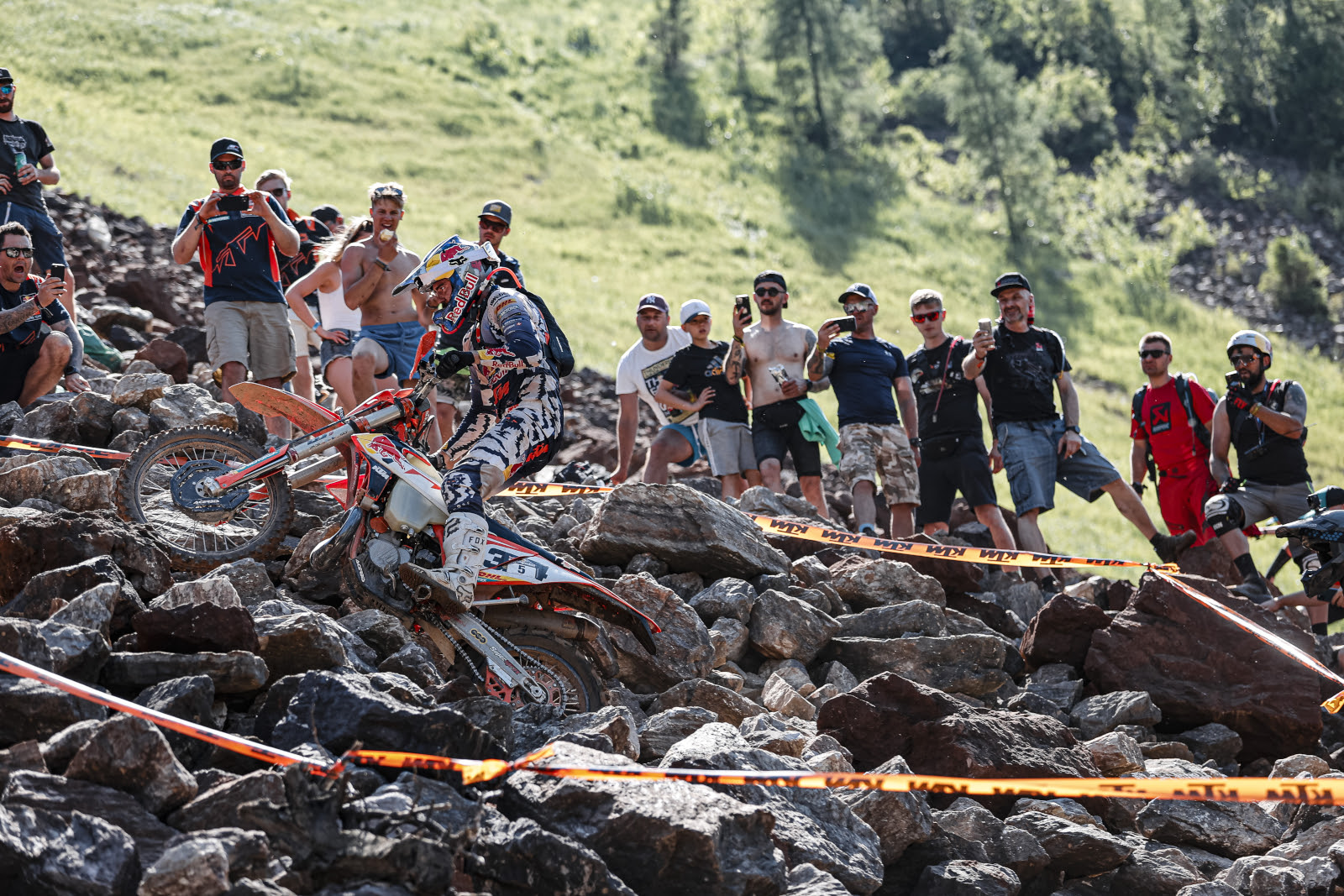 As the race progressed, the new section of Udo’s Playground – an uphill rock garden – saw the leading group of Lettenbichler, Walkner, and Roman bunch up. Dropping into the infamous Carl’s Dinner, Lettenbichler had managed to extend that gap while Roman overtook a fading Walkner to move into second.

With the latter sections coming hard and fast, the fight for victory hung in the balance between Mani and Mario. At times there was very little in it, but Mani always maintained the upper hand, pushing through to take a memorable three-minute margin of victory after three hours of racing.

Behind the top two, Trystan Hart was showing incredible pace in just his second time racing at the Iron Giant. The Canadian was inside the top five early on, before slipping back to seventh at Udo’s Playground. Giving it absolutely everything through Carl’s Dinner, Hart reached the top five before then moving to third. Negotiating the final sections of Dynamite and Lazy Noon, Hart crossed the finish line to become the first Canadian to podium at Red Bull Erzbergrodeo. 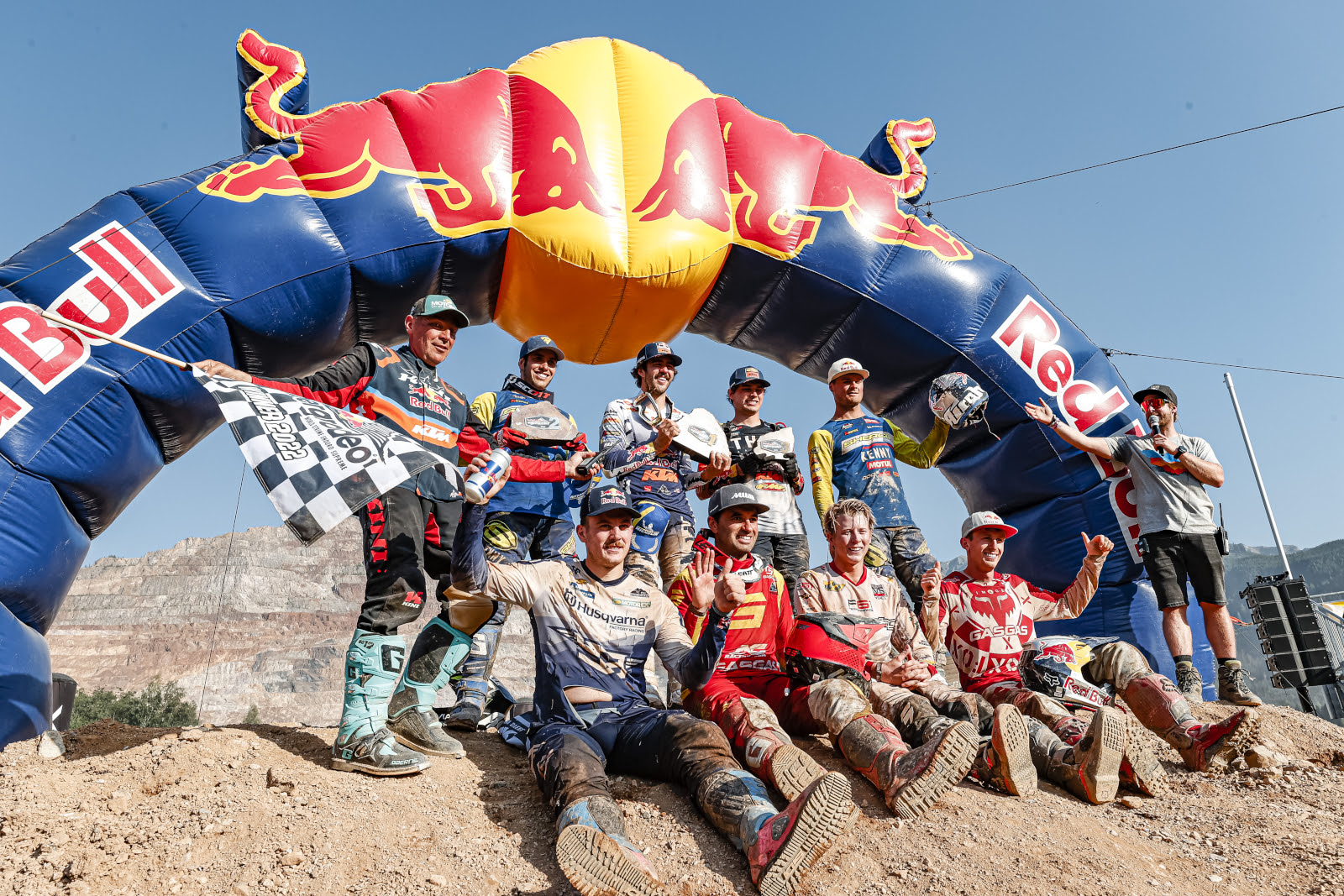 With the podium complete, the battle for the remainder of the top five was played out between Bolt and Gomez. At Motorex Highway, Gomez was ahead but Bolt was not giving up. Pushing on, he found a way past to take fourth, with Alfredo completing the top five.

After an incredible start, an exhausted Walkner hung on to take sixth and become the best-finishing Austrian in the 26 editions of the Red Bull Erzbergrodeo. An up and down race for South Africa’s Wade Young (Sherco) saw him take seventh. 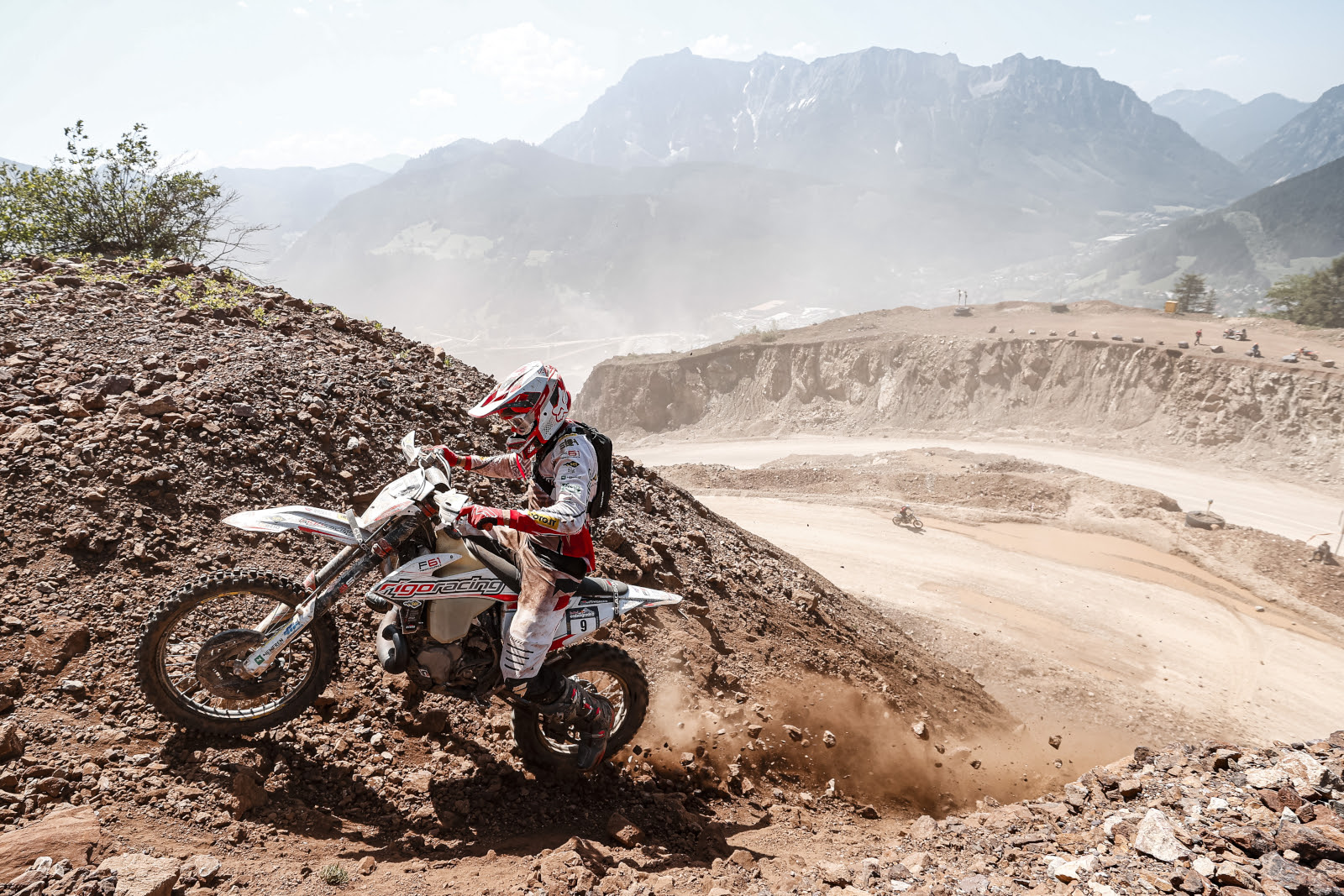 For Jarvis fans, the Hard Enduro legend put in one of the comeback stories of the day. After re-joining the race from the start line after one hour, and last of the 500 competitors, Graham raced his way to CP21 Carl’s Dinner to take an amazing 18th.

The FIM Hard Enduro World Championship continues with round four at Red Bull Abestone in Italy on July 8-10.

Mani Lettenbichler: “Ahh, I’m definitely exhausted. I had to push so hard, but I’m completely over the moon. Winning this race has always been on the bucket list. I got close a couple of times, but now it’s done, its ticked! The whole race was so stressful, especially with Mario so close during the second half of it too. As first rider in Motorex Highway there was no line and I had to move trees. I just had to keep pushing. I’m so stoked though. I always said I wanted another trophy into the Lettenbichler house and now I’ve finally made it happen!”

Mario Roman: “It was super hard. We had walked a lot of sections, but there were a lot of surprises to contend with. It was probably the hardest edition I’ve ever done. Mani and myself were close all the way and at Dynamite it was down to nearly 20 metres, but I couldn’t close the gap. He rode a great race. I lost my grandfather on Monday too, so I want to dedicate this result to him.”

Trystan Hart: “On the section before Carl’s Dinner I made a huge mistake and dropped to about eighth. I thought my chances were done. When I got to Carl’s Dinner I knew I had to make a run for it there if I wanted a good result. But that took a lot out of me and I was exhausted coming out of it. I wasn’t crazy tired, but I was cramping so bad in my legs. Getting on the podium is a huge result for me. I really wanted to put Canada on the map for Hard Enduro, so hopefully this does it!”

Championship Standings (After round three)