Germany’s Manuel Lettenbichler has won the fourth round of the FIM Hard Enduro World Championship at Red Bull Romaniacs. The victory moves the Red Bull KTM Factory Racing rider to the top of the championship standings. An outstanding performance by Sherco Factory Racing saw them fill the remainder of the podium with Wade Young and Mario Roman in second and third respectively.

Offroad Day 4 saw the world’s toughest Hard Enduro Rallye come to a close following a week of epic racing. At the head of the Gold class, Lettenbichler had a virtual grasp on the overall victory thanks to a healthy 20-minute plus lead, but behind him the remainder of the podium was anything but settled.

Young had a strong grip on securing the runner-up result but still needed a solid final day to seal the deal. Roman, Rockstar Energy Husqvarna Factory Racing’s Billy Bolt, and Vision Track Beta’s Jonny Walker were all capable of taking that third step.

Starting his morning fourth on the road, Lettenbichler set about locking down his third Red Bull Romaniacs victory in a row. In full tune with the terrain, the German was at his best. Reeling in those ahead of him to shadow Young across the finish line in Gusterita, Manuel both won the day and the race. The win moves him to the top of the championship standings. 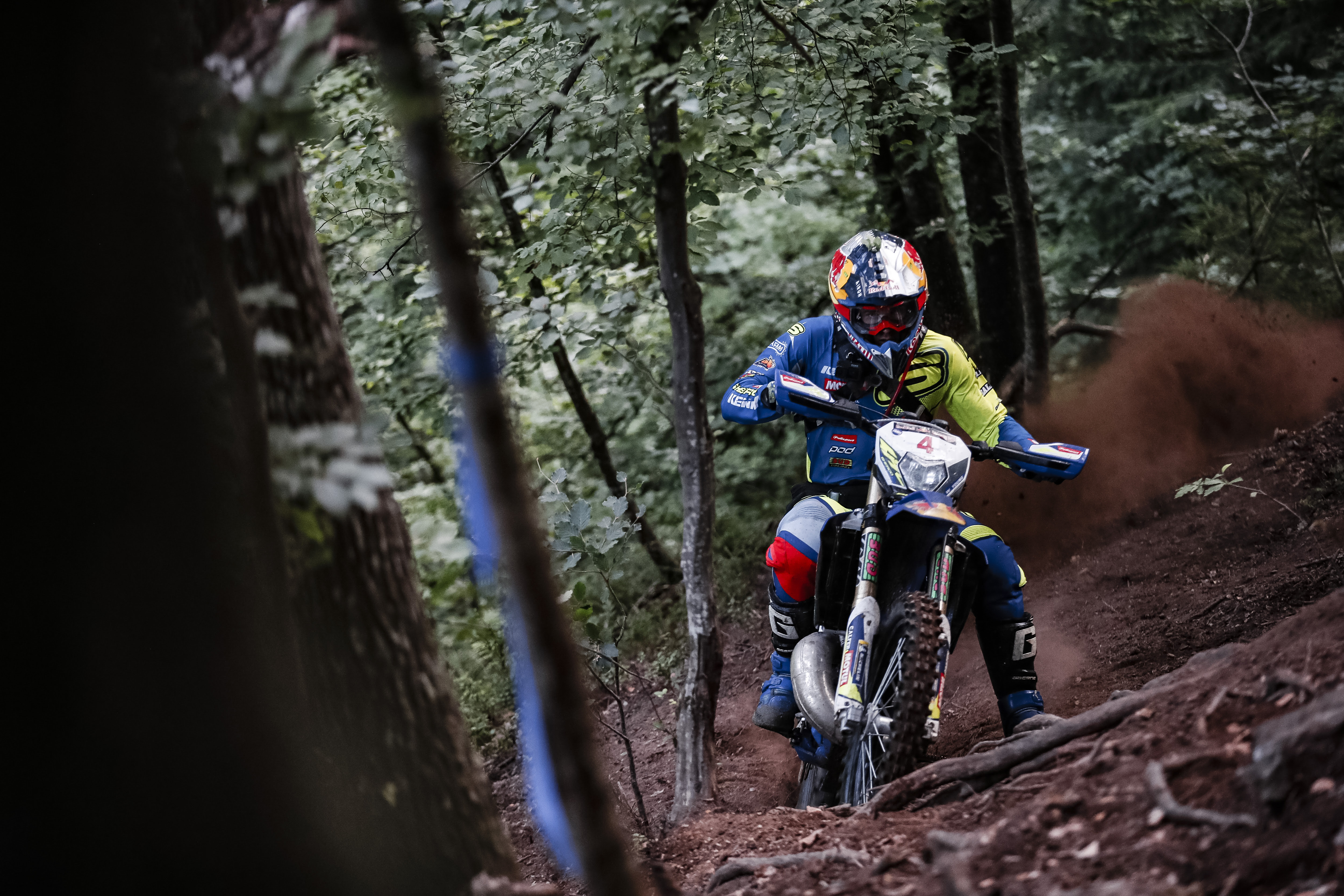 Knowing he had a slight cushion over this rivals, Young played it safe once Lettenbichler and Bolt caught up to him. Clearing the final sections, he ended this year’s rallye as the runner-up.

Starting out his day seventh, Roman was a man on a mission to defend that third step of the podium. Knowing Bolt was on the attack, Roman produced one of his strongest rides of the week. Topping two checkpoints, he pushed on to end his day in second and with it ensure a Sherco 2-3 result.

For Bolt, hopes of mirroring his Abestone Hard Enduro victory never materialised in Romania. Despite a brilliant end to his week, it was ultimately the opening days that did the damage. Finishing a close third today, the Husqvarna rider had to settle for fourth overall. For Walker, his first outing on Beta machinery in the Carpathian Mountains was a very promising one. Consistently in the mix throughout the week, he rounded out the top five with fifth. Ending Offroad Day 4 in fifth, GASGAS Factory Racing’s Taddy Blazusiak took sixth overall.

Finishing top rookie in his debut Red Bull Romaniacs, Canada’s Trystan Hart (KTM) took seventh and will no doubt be a rider to watch for at round five’s Red Bull TKO in the USA. Bulgaria’s Teodor Kabakchiev (Husqvarna) certainly came of age this week in Romania to take home eighth, with a similar performance from rising Austrian talent Michael Walkner (GASGAS) in ninth. Poland’s Dominik Olszowy (KTM) will be another rider happy with his efforts, claiming 10th.

The FIM Hard Enduro World Championship continues with round five at the Red Bull TKO in USA on August 13-15. 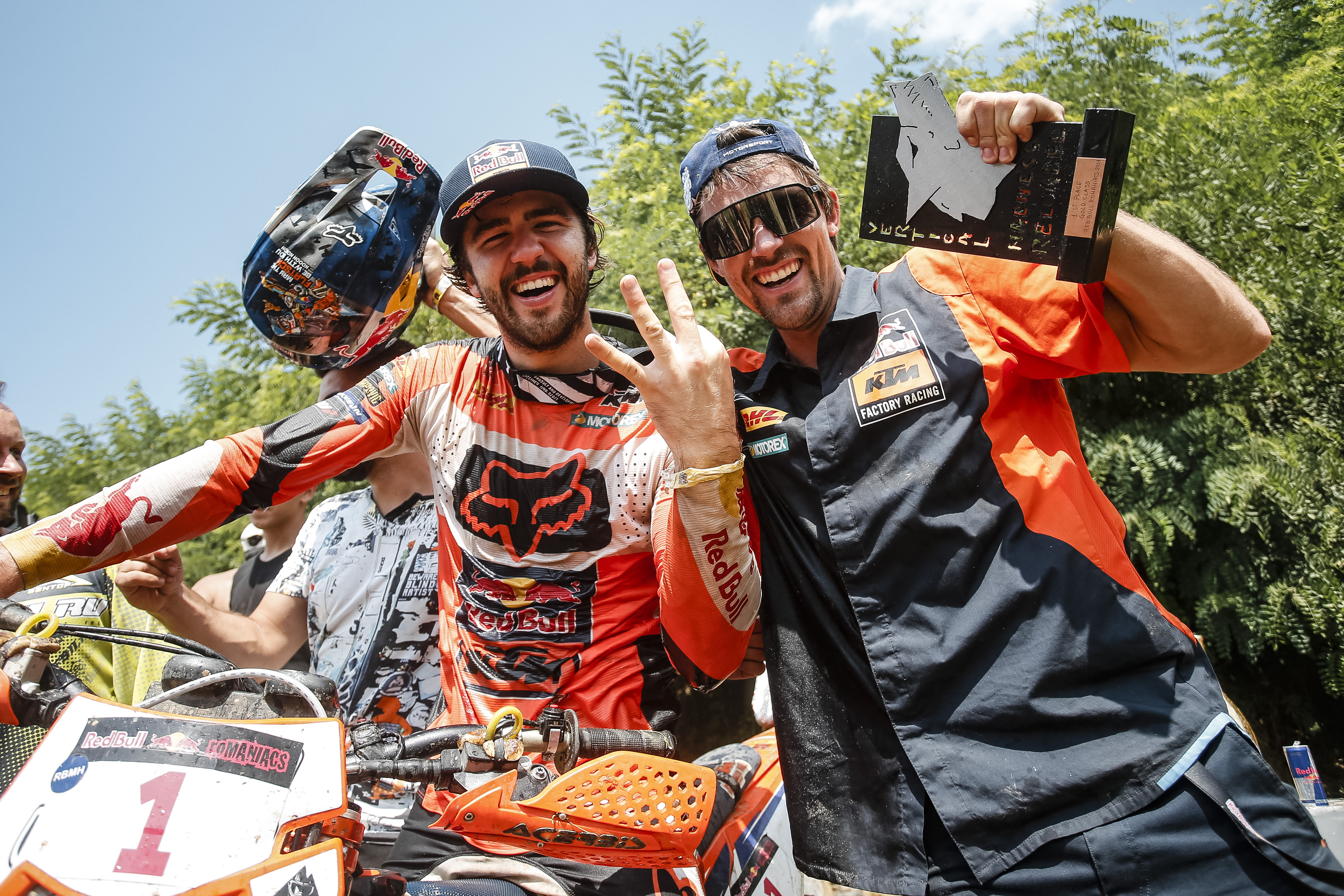 Manuel Lettenbichler (KTM): “I’m over the moon now to win this race and also make it my third Red Bull Romaniacs win in a row. It’s been a really good week to be fair. It’s had everything, tough long days at an insanely high pace. I have to give it to Graham Jarvis, he was on fire the first days and it’s a shame he got injured. For sure he pushed my pace up and forced the level so high. I think that’s why I got such a strong lead too. Overall I’m just excited and ready to soak up this victory. I’m also leading the championship now too, so there’s a lot to celebrate about this week.

Wade Young (Sherco): “With second up for grabs, I gave it everything today to make sure it was mine. I’m so happy for this result, but also for Sherco going 2-3, with Mario in third. We’ve have a good week, some great rides. A highlight was winning Offroad Day 3 for sure.”

Mario Roman (Sherco): “I’ve enjoyed it a lot. It’s been a tough, hard week and I’m happy to have shown myself in this. Today the pressure was on, I knew Billy was close and he’d be pushing. But I also felt that if I could arrive to the service point, without losing time then it would ease the pressure in the closing stages. I managed that and was able to keep it all together to the finish.” 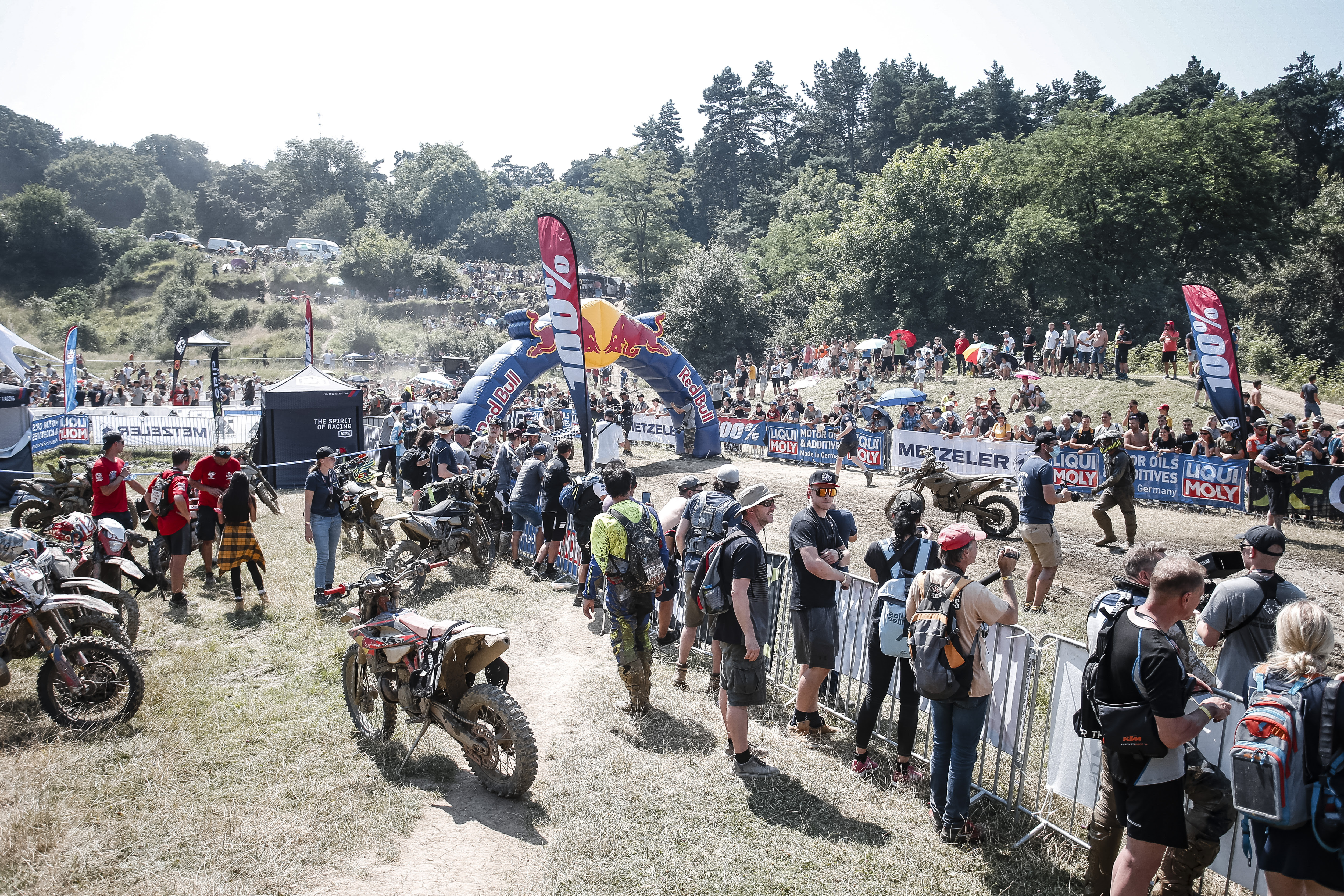