We’ve officially crossed the halfway point this season as we head into round ten of the FIM Motocross World Championship which will take place at the glorious circuit of Saint Jean D’Angely, France, this weekend, the same track that hosted the spectacular 2011 Monster Energy FIM Motocross of Nations.

St. Jean d’Angely is situated around one hour north of Bordeaux on the west coast of France. It first made its first appearance on the motocross grand prix calendar back in 1984 and has been a common location for the MXGP of France ever since.

As the winners of the Monster Energy FIM Motocross of Nations, France has the undisputed strongest line up of riders in MXGP this year. It’s hard to say who will be the most swamped in the paddock this weekend with the likes of Monster Energy Yamaha Factory Racing’s Romain Febvre, Team HRC’s Gautier Paulin, Monster Energy Kawasaki Racing Team’s Jordi Tixier and MP32 Tip Top Racing’s Milko Potisek all being famed uber fast Frenchmen.

After popping his MXGP winning cherry in front of home fans at the MXGP of France last year, the defending champ Romain Febvre will be in for a big weekend. Now that we are already nine rounds into the eighteen round series, points are more crucial than ever, especially for Febvre since he trailing Tim Gajser by 24 big ones.

Spain was a tough weekend for the gritty Frenchman who got caught in an unlucky incident where Wilvo Virus Performance KTM’s Shaun Simpson broke a chain while fending off the champ and left him with nowhere to go. Febvre fell and was ploughed into by fellow French star Paulin before having Red Bull KTM Factory Racing’s Antonio Cairoli finish him off while trying to avoid the carnage. The result of the crash was a dislocated shoulder which could have caused problems with the ligaments and muscles. Hopefully he has had some solid treatment throughout the week and will be feeling stronger this weekend.

On the other hand, Honda Gariboldi’s Tim Gajser put in his most impressive performance thus far. His stats are nothing short of eye-popping, as is the way he rides. With the red plate firmly in his hands at the moment, Gajser is flying the flag high for the kids of the next-gen with his intense no flying ef’s given riding style that is next level insane, yet awesome at the same time.

Meanwhile Rockstar Energy Husqvarna Factory Racing’s Max Nagl is hungrier than ever for a win. It was visibly noticeable that the German turned it up a notch in Spain. It’s obvious he wants to win, as will Paulin who finished on the third step of the box last weekend despite being strapped to the couch for a good chunk of this season.

Monster Energy Kawasaki Racing Team’s Clement Desalle also put in his first really solid ride last weekend and has the confidence of a grand prix win here in Saint Jean. The last time we were here, back in 2014, Desalle had a view from the top and collected the biggest bonus of the weekend with the win.

Red Bull KTM Factory Racing’s Antonio Cairoli has also won here a couple of times and if he wins the grand prix this weekend, he will be the first rider to collect three overall wins here at Saint Jean. 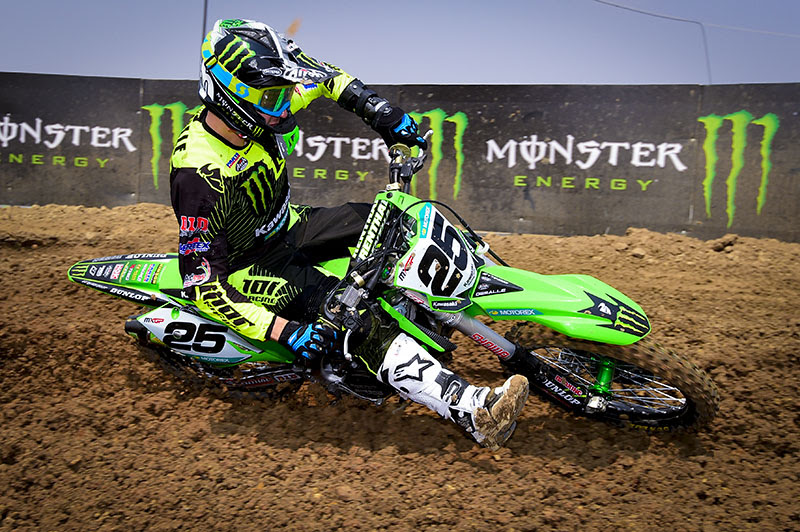 Red Bull KTM Factory Racing’s Jeffrey Herlings could be in for a challenge this weekend since he’ll be letting loose on the home soil of his biggest threat Monster Energy Kawasaki Racing Team’s Dylan Ferrandis. It’s bound to be another “The Bullet vs The Mullet” show-down and in case you missed it, Ferrandis was running a butt-patch last weekend ‘The Mullet’ so that is where that phrase comes from. Nevertheless, the likelihood that The Bullet will be victorious is still more than 95%, so fingers crossed one of those other super fast MX2 dudes, be it Dylan or Pauls or Jeremy or even someone else like France’s own Benoit Paturel, can do something about it.

Red Bull KTM Factory Racing’s Pauls Jonass is starting to calm down a little bit now and is actually finishing races with out sampling the dirt more than he has to, which as a result has put him on the box at the last two rounds.

Kemea Yamaha MX Official Team’s Benoit Paturel proved he’s got the goods to run up front and with second place finish last weekend in Spain. It’s likely that the Frenchman has his eye on a piece of podium pie this weekend in front of his home crowd! How epic would that be?

Meanwhile Team Suzuki World MX2’s Jeremy Seewer hasn’t had any ‘lovely days’ over the last few rounds, but if the rain stays away this weekend and the track firms up the same way it normally does, there is a good chance we will see Seewer back on the box. 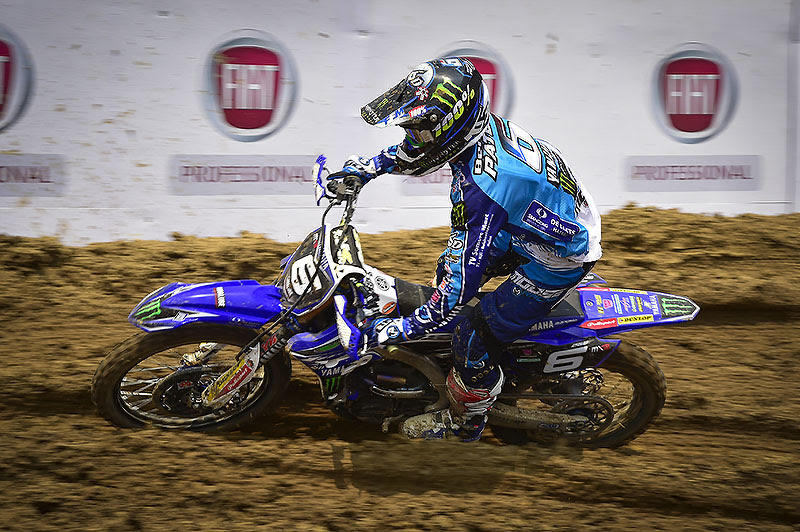