This weekend, the FIM Motocross World Championship heads to the beautiful Italian island of Sardinia for the 10th round of the series.

This will be the first time that Riola Sardo will host official races of the FIM Motocross World Championship, though the circuit itself is very familiar to the paddock, as many of the teams take part in some famous pre season races there, as well as spending much of the off-season putting in laps on the sandy circuit too as it is the perfect facility for winter training and testing.

Riola Sardo is located in the province of Oristano, west of Sardinia close to archaeological sites and the beautiful seaside.

Sardinia is known as the ‘Island of Sport’, a campaign that was recently presented by the Councillor of Tourism in Sardinia Gianni Chessa. Despite the tough pandemic situation, the regional administration has given maximum effort in promoting international sports and bringing the best athletes from all over the world to the breath-taking island.

The track itself is a typical sand circuit, with the sand very particular as despite any rain or water the ground gets dry super quickly. In comparison to other sand tracks, such as Lommel, Riola Sardo is not as deep as ‘the toughest sand in the world’ but is known as ‘Le dune’ because of its natural and very suggestive landscape.

While excitement builds for the MXGP and MX2 races this weekend, these are not the only races that fans will be able to enjoy, both in person and on TV. In addition to the World Championship races, the EMX65 and EMX85 riders will also line-up in Riola Sardo after missing out on the opportunity to race with the MXGP and MX2 riders in 2020.

The official Race Program of the event can be downloaded HERE!

Things are really heating up in the MXGP title chase, as Red Bull KTM Factory Racing’s Jeffrey Herlings is now within touching distance of the title. While he may be fourth in the championship, he is only 34 points down on the series leader Tim Gajser of Team HRC.

And with two consecutive Grand Prix victories for Herlings in Turkey, this is like adding fuel to the already fired up Bullet who is keen not to let the title slip away this time around.

Of course, for Gajser the focus for the next races will be to enjoying his racing and keeping his challengers at bay and maintain a healthy lead over Romain Febvre of Monster Energy Kawasaki Racing Team as well as Red Bull KTM Factory Racing’s Antonio Cairoli, Herlings and Jorge Prado who are right on his tail and looking to pounce at any given opportunity.

While Herlings may have had the best races of the title contenders in Afyon, both Cairoli and Prado were dealt their own misfortunates, with Cairoli crashing during the Bitci MXGP of Turkey and Prado going down at the Bitci MXGP of Afyon, which put the riders out of podium contention on those occasions, though they still managed a podium each nonetheless, just not at the same time.

For Cairoli and Prado the races in Riola Sardo will be like spending time at their local playground as the team spent much of the wintertime training here on the island and putting in the laps at the sandy circuit.  For Prado the next races will be vital to keep close in the championship as he lost quite a few points in Turkey.

These upcoming races will be special and very important for Cairoli as he chases the 10th world title for the final time. The Sicilian announced yesterday that he will retire at the end of the season, so no doubt we will see more incredbile moments from the 9-time World Champion over the next GPs.

But of course they are not the only ones familiar with the track so really it will be a test of who can master the deep sand better – of course favouring good sand riders such as Rockstar Energy Husqvarna Factory Racing’s Arminas Jasikonis who has always performed well in the sand, take Oss and previous years in Lommel for example.

For Romain Febvre this upcoming Grand Prix will be another opportunity to get back on the podium and stay close to Gajser, as he has not won a race or been on the podium since Lommel.

Monster Energy Yamaha Factory Racing’s Jeremy Seewer, Glenn Coldenhoff and Ben Watson will aim for better results in Sardinia, following two gruelling GP’s in Turkey, which didn’t bring the results that the team or riders had hoped for. For Seewer getting top results was going to be tough anyways as he continues to battle through Epstein Barr Virus.

All three, much like the rest of the paddock, spent some time putting in laps in Riola Sardo during the winter, so it will be interesting to see if they can turn things around for round 10 of the series.

MRT Racing Team KTM’s Alessandro Lupino as well as SM Action Racing Team’s Alberto Forato will hope to put on their best performance for their home race, while Forato will look to repeat his strong results from Turkey once again and get into the top 10 on this occasion too. Meanwhile Monster Energy Kawasaki Racing Team’s Ivo Monticell might miss out on the races in Riola Sardo due to shoulder injury. 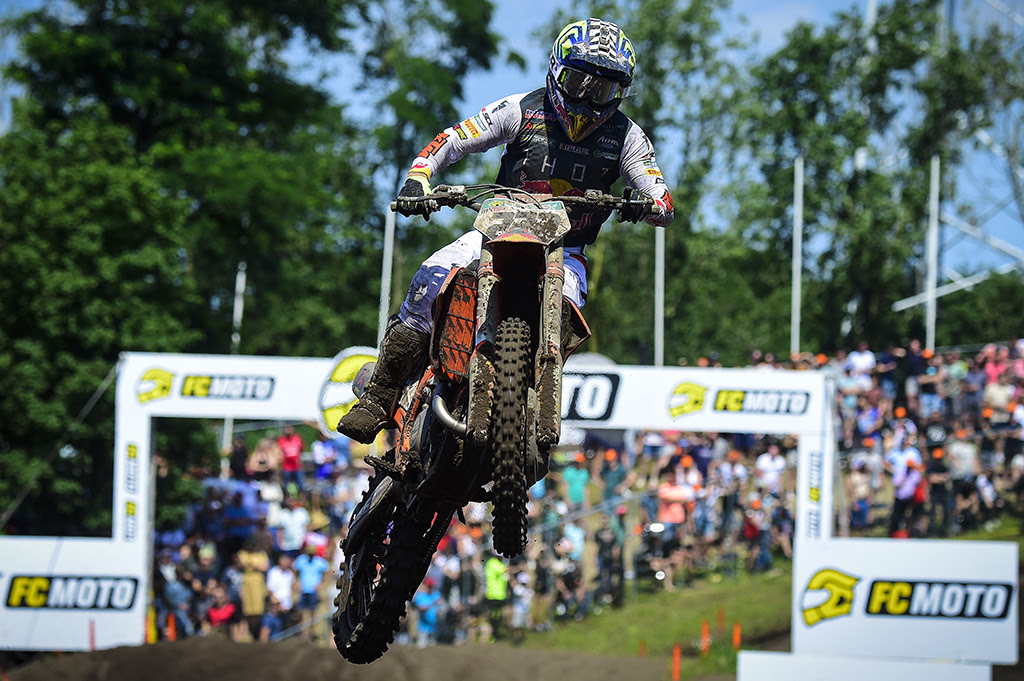 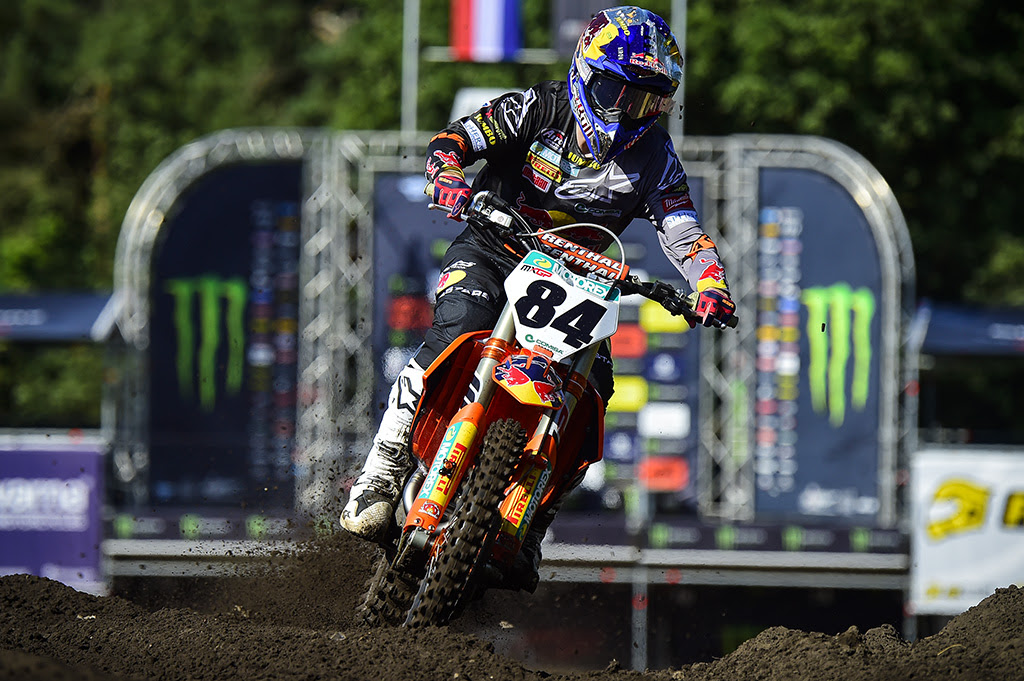 In MX2, Monster Energy Yamaha Factory Racing’s Maxime Renaux currently holds a comfortable 49-point lead over Red Bull KTM Factory Racing’s Mattia Guadagnini who will be looking to strike back this weekend. For Guadagnini the track of Riola Sardo is among his favourites and a circuit he hopes to perform well on and claim back some vital points to stay close with Renaux who had some very nice battles and race wins in Turkey just over a week ago.

It will be interesting to see whether we will see Red Bull KTM Factory Racing’s Tom Vialle steal the show with Renaux as they battle for the win again, or whether Guadagnini, or the likes or Rockstar Energy Husqvarna Factory Racing’s Jed Beaton and Kay De Wolf could get involved.

Both factory Husqvarna riders have mounted the podium on several occasions this year, on an array of terrains, but for someone like De Wolf, the sand is of course his strong point. The young Dutchman has been riding really well this season and it would be great to see him back on the box in Riola Sardo, as he is no doubt one of the favourites thanks to his sand riding skills.

Meanwhile Monster Energy Yamaha Factory Racing’s Jago Geerts will need some good points this weekend if he wants to stay within contention of the title. Much like last year, Geerts has struggled with making some mistakes in the last few GP’s. Though the Belgian has had some top 10 finishes, though it’s not what he needs if he wants to keep the championship dream alive. Geerts, being a Belgian, is a strong sand rider so the track conditions in Riola Sardo should be very well suited to him and hopefully it will be the race we see him fight at the sharp end of the field.

A rider who has been edging closer to the podium is Red Bull KTM Factory Racing’s Rene Hofer. While Hofer has performed better this season on the hard pack circuits, take Orlyonok, Matterley Basin and Turkey for example, it could be great to see the Austrian continue this into the second half of the season as he gains strength to battle with the leaders.

While Honda 114 Motorsports’ Ruben Fernandez will be keen on using the upcoming races to re-group for the second part of the season, as in most recent races he has struggled with consistent results. The Spaniard started strong in the beginning of the year and even had the red plate after the races in Great Britain but from that moment on things have failed to go his way. It would be good to see Fernandez back at the front and putting in some solid results and scoring good points.

This weekend will also see the return of F&H Kawasaki Racing’s Roan Van De Moosdijk who will line-up for the first time since his injury. Van de Moosdijk has always been a very strong sand rider so it will be interesting to see if he’s close to 100%. Meanwhile his teammates Mathys Boisrame and Mikkel Haarup will be aiming for top results once again.