The FIM Motocross World Championship returns to Loket this weekend for the 25th edition of the MXGP of Czech Republic at the old-school track!

Located 150km west of Prague, Loket has been a part of the FIM Motocross World Championship calendar since 1995, with winners of the Czech Grand Prix including the likes of Joel Smets, Stefan Everts, Ben Townley, Jeremy Van Horebeek, Jeffrey Herlings, Romain Febvre and Jorge Prado, among others.

This time around, the MXGP of Czech Republic has a mega weekend in store for the fans, with two action-packed days including finals of the EMX65 and EMX85 Championship, along with the final two rounds of the Junior e-Motocross series and the unique one-round EMX2t Championship which will see a new winner this season, as last year’s Champion, Maximilian Spies will not be defending the title and will instead line up in the MX2 category.

In MXGP, there is no doubt that Championship leader, Tim Gajser of Team HRC is the favourite heading into this weekend’s race, having won the last two Grand Prix’s on the bounce, after struggling with illness. Gajser has been looking comfortable lately and having a 125-point lead probably has something to do with that.

Thought looking at his performance in Loket last season, there is no doubt that the Slovenian will be motivated to make-up for last year’s mishap and score some more solid points.

Last year’s Czech Republic Grand Prix winner, Jorge Prado of Red Bull GasGas Factory Racing will be one to watch. Prado has already won a GP this season but has had some tough moments ever since and has been looking to get back on the top of the box. Now with a couple of weeks to re-charge and continue his work on his fitness, big things could be expected of the Spaniard.

Prado also has some nice memories in Loket, having claimed his first red plate in 2018 (in MX2) and then winning the GP in 2019 and 2021, so a victory this weekend could be a nice addition.

Another serious podium threat comes from Monster Energy Yamaha Factory Racing’s Jeremy Seewer who already has four podiums under his belt. While it was a slow start to the season for the Swiss, he sure has picked up the pace in the last several races. While Indonesia was a tough one for the Yamaha rider, he is no doubt going to be back to his usual self this weekend and could add another podium to his growing tally. Points will also be important for Seewer, if he doesn’t want to completely lose his grip on Gajser for the title.

There is also Romain Febvre of Kawasaki Racing Team MXGP who has come close to a podium visit ever since getting back to racing at the German Grand Prix. It has only been two races that we have seen Febvre back for, but the Frenchman is looking strong and this weekend could be his moment to shine.

Red Bull GasGas Factory Racing’s Mattia Guadagnini also has some nice memories when it comes to racing in Loket, as he scored his second GP victory there last year in MX2. Guadagnini made the move up to the premiere class from the MXGP of Sardinia and has delivered some nice top 10 results ever since.

Some new faces are making the move up to MXGP, which includes iXS hostettler MXGP Team’s Kevin Brumann, Honda 114 Motorsports’ Haakon Fredriksen and Conrad Mewse. The trio previosuly showed promise in MX2 so it will be interesting to see what they can do in the premiere class. 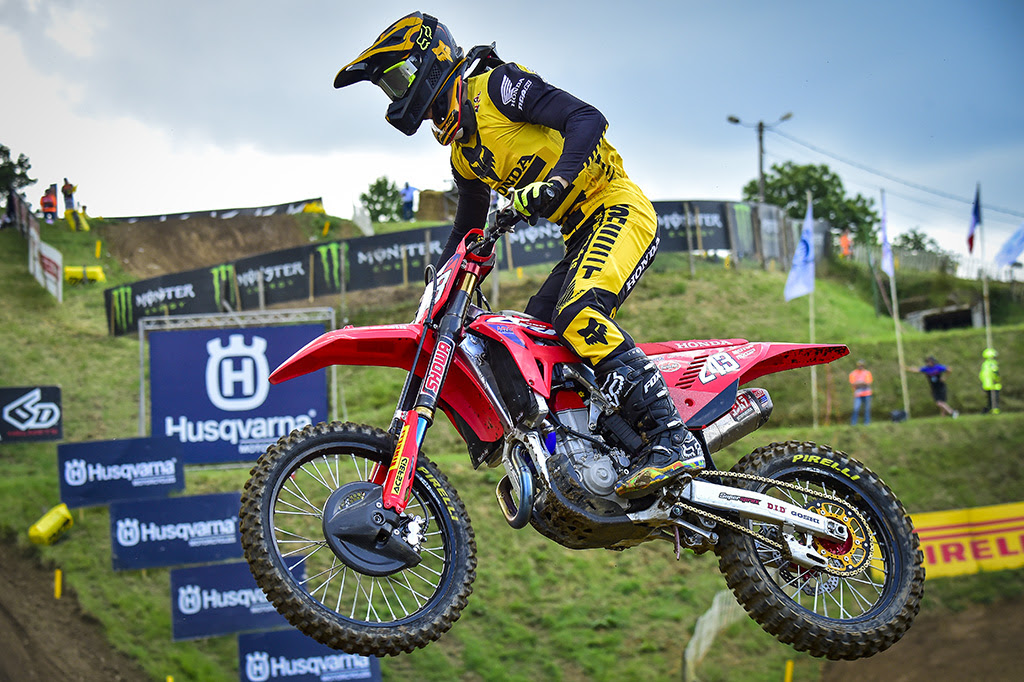 Red Bull KTM Factory Racing’s Tom Vialle will be looking to have another top weekend, following his 1-1 result in Indonesia. The Frenchman is now in control of the red plate once again, though by only four points as the title fight between him and Jago Geerts of Monster Energy Yamaha Factory Racing continues.

Both Vialle and Geerts have only been off the podium twice this year, which only highlights their incredible track record meaning a podium this weekend is very likely, though it will only be a matter of who is standing on the top step. Both riders had bad luck in Loket last year as they failed to mount the podium, but that should not affect their performance this time around.

For Geerts it will be important to get ahead of Vialle this weekend if he wants to claw back the points and take back the red plate. But he cannot focus too much on this as that’s when mistakes could start to creep in, and the same applies for Vialle.

Monster Energy Yamaha Factory Racing’s Thibault Benistant also has a pretty strong podium track record this season, having finished on the box four times which also includes his maiden overall win in Germany. The Frenchman has shown that he can be one of the riders to get in the mix of Vialle and Geerts who have been keeping things tight this year. Benistant was also on the box in Loket last year and won the second race, so that should also give him a nice confidence boost.

Red Bull GasGas Factory Racing’s Simon Längenfelder is another rider to look out for as he made his third podium appearance a couple of weeks ago in Samota-Sumbawa. Längenfelder clearly has what it takes to battle at the front, and it would be nice to see him do just that this weekend.

Nestaan Husqvarna Factory Racing’s Kay de Wolf will also be another possible podium threat and it will be interesting to see how much progress he has made since Indonesia which was his second GP back from injury. 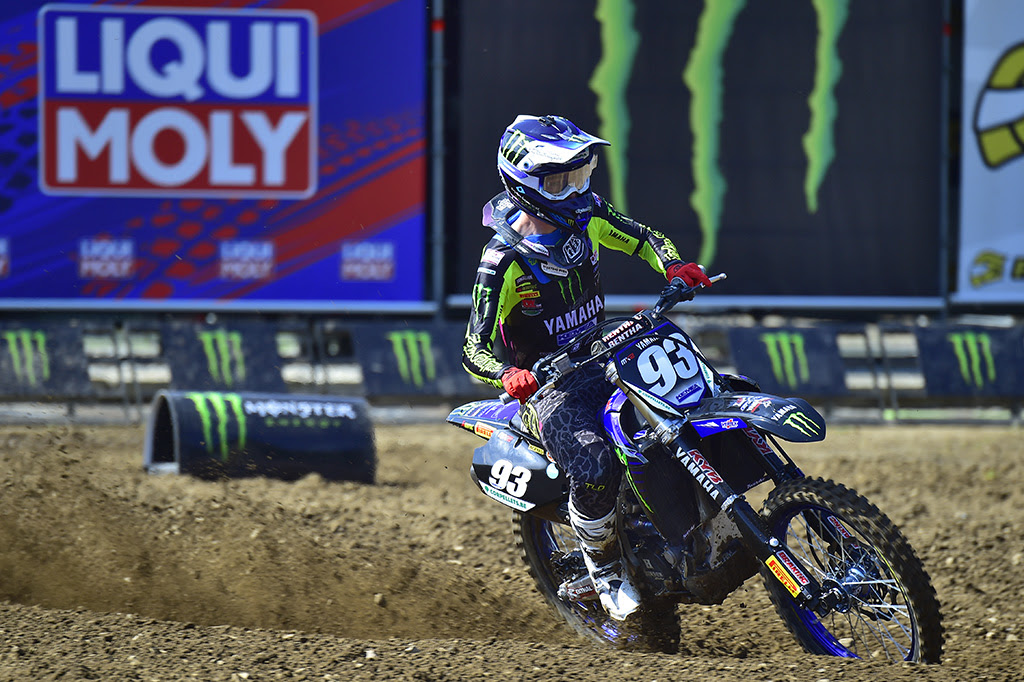 All the photos from the MXGP of Czech Republic will be available HERE.