The 2021 FIM Motocross World Championship continues as we enter round three with the Monster Energy MXGP of Italy.

The Italian Grand Prix returns to Maggiora Park this weekend, a track that has a very rich motocross history dating back to 1966 when the circuit first hosted the FIM Motocross World Championship with the Grand Prix dominated by Paul Friedrichs on the CZ.

The hillside track based in the north of Italy has hosted numerous FIM Motocross World Championship events since then, including the most memorable 1970, 1986 and 2016 Monster Energy FIM Motocross of Nations.

Following the 2016 edition of MXoN the track closed its doors and after undergoing some work, Maggiora will be revived this weekend as it returns to the MXGP calendar for this year’s Monster Energy MXGP of Italy!

Joining the MXGP and MX2 riders this weekend will be the EMX categories, with round one of the EMX Open Championship as well as the second instalment of the EMX125 Presented by FMF Racing. Fantic Factory Team Maddii rider Haakon Osterhagen leads the 125cc Championship ahead of Ferruccio Zanchi of Yamaha Europe EMX125 MJC and Brit Bobby Bruce from ASA United GasGas, so it will be interesting to see how the action unfolds this time around. Meanwhile the EMX Open class is all to play for as we will get a taste of what this year’s contenders can do.

Red Bull KTM Factory Racing’s Antonio Cairoli will enter his home Grand Prix with the confidence of a Grand Prix victory a week ago in Great Britain where he went 1-3 to secure his 93rd GP win. While Maggiora may not be a circuit that Cairoli feels most suited to, there is no doubt that the support of a home crowd will give him that extra edge.

Of course, Team HRC’s Tim Gajser will be looking to create more success at the iconic track following his win there in 2015, the same year he became MX2 World Champion. There’s no secret that Gajser is extremely strong this season and Maggiora is just another hard-pack track that we’re likely to see him shine at.

Much like Gajser, Monster Energy Kawasaki Racing Team’s Romain Febvre will want to repeat his success in Maggiora too, including his MXGP GP win in 2015, the same year he also became World Champion and of course not forgetting the 2016 Monster Energy FIM Motocross of Nations where Febvre won with Team France for the third consecutive time. Febvre is a strong podium contender for this weekend and his results from the first two rounds just go to prove that. He secured a podium in Orlyonok and missed on a spot on the box by the slimmest of margins in Britain last weekend. He was also close to securing his first race win in Matterley Basin before losing the lead on the final two laps to Gajser. This of course was frustrating for the Kawasaki rider, so there’s no doubt he’ll want to fight back and get back on the podium this time around.

For Jeffrey Herlings of Red Bull KTM Factory Racing, the upcoming race weekend is just another opportunity to get back up to speed, as the next few events will be taking place at tracks that are more suited to the sand-loving Dutchman. But of course, Herlings is also another rider who knows how to win in Maggiora, having done so in 2013 and 2014 back during his MX2 career. As it stands it’s Herlings who holds the most GP victories at the Italian track, but could he add a third?

Another rider to look out for is Standing Construct GASGAS Factory Racing’s Pauls Jonass as he continues his top 10 success. In Orlyonok the Latvian didn’t have the best of luck as he DNF’d the first race, though that second heat was a real turning point as he place 3rd which gave him 8th overall. Then we moved on to Matterley Basin where he got two very solid results 6-6 for 6th overall. He’s proving to be strong on a hard track so Maggiora could be another opportunity for Jonass to fight for a podium finish.

This weekend’s races will of course be special for other home riders, including MRT Racing Team KTM’s Alessandro Lupino, Monster Energy Kawasaki Racing Team’s Ivo Monticelli and Alberto Forato of SM Action Racing Team who will line up in front of their local fans. Lupino will be looking to add another top 10 finish to his scorecard, while Monticelli and Forato will be looking for stronger results following a tough weekend in Great Britain. 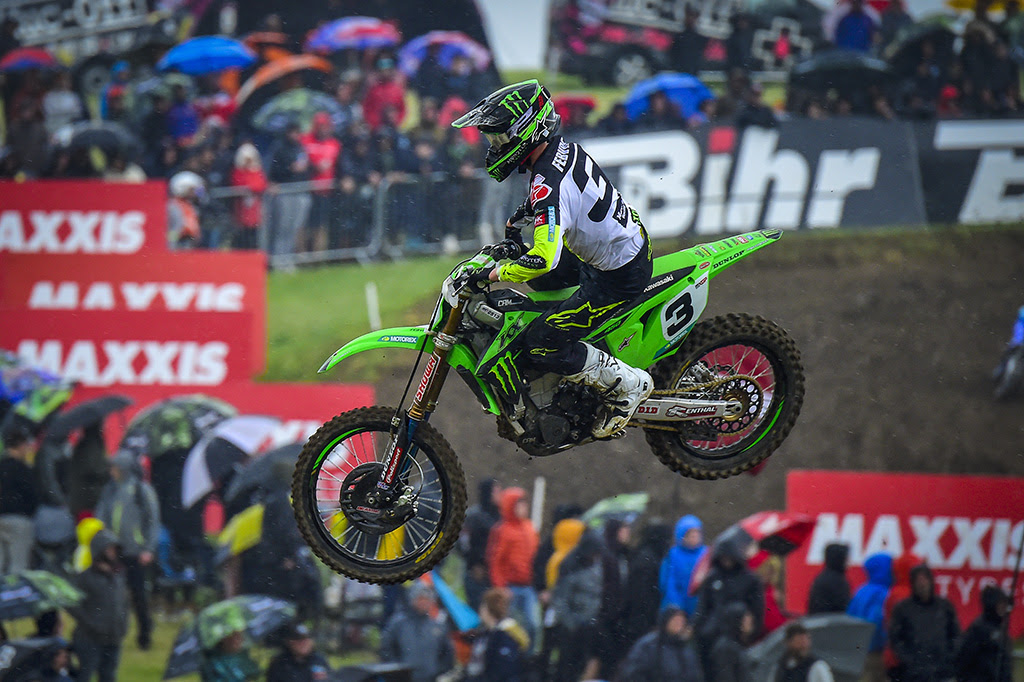 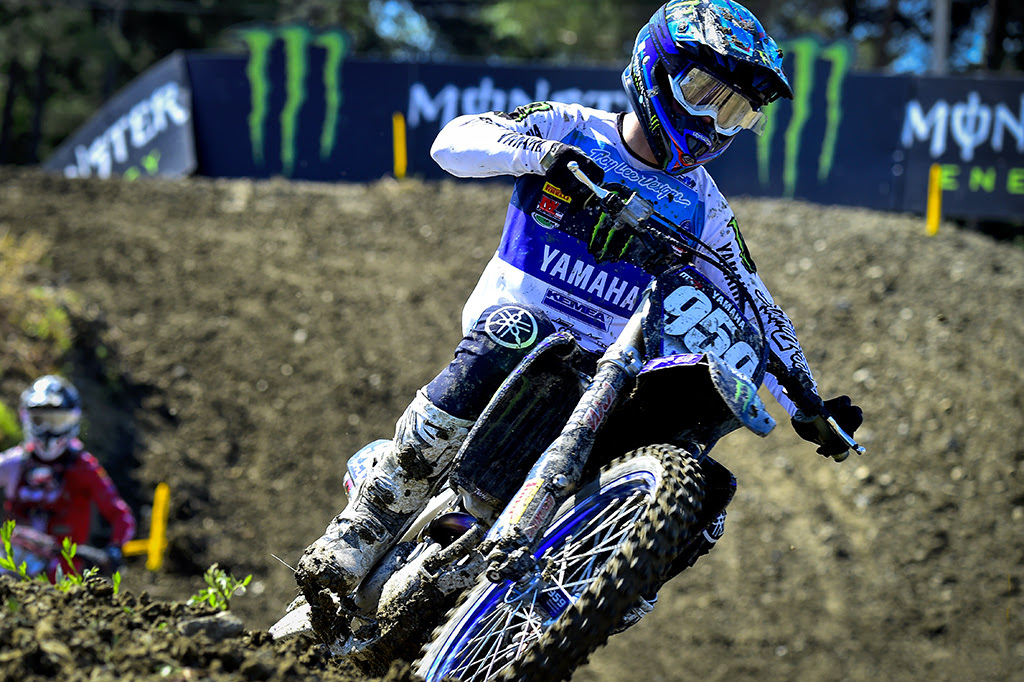 In MX2 it’s all to play for too, with plenty of podium contenders and potential race winners to choose from. Possibly one of the most exciting things to discuss is that Honda 114 Motorsports Ruben Fernandez will enter the third round as the MX2 World Championship leader.

Fernandez has grabbed everyone’s attention with his recent results and the incredible battles that he has delivered. In Orlyonok we saw the Spaniard fight with Tom Vialle of Red Bull KTM Factory Racing and his teammate Rene Hofer, while in Britain we were once again treated to some incredible combat between Fernandez and Hofer and then also Mathys Boisrame of F&H Kawasaki Racing and Red Bull KTM Factory Racing’s Mattia Guadagnini.

Fernandez looks strong this year, he’s able to get up in the mix, fight hard and respond when is necessary, which is why he’s been consistently on the podium so far.

While Tom Vialle was forced to pull out of the British GP due to an injury he sustained during the week, it looks like Vialle will be back for Maggiora, though his participating is not yet confirmed. There is no doubt Vialle is keen on getting back racing and claw back as many points as he can in order to have a fighting chance of defending his title.

Rene Hofer has also been on a high, with the Austrian consistently battling at the top end of the field which just goes to prove that Red Bull KTM Factory Racing have got a strong MX2 line-up this season, just like they do in MXGP.

Monster Energy Yamaha Factory Racing’s Maxime Renaux will enter the Italian Grand Prix confident, following his GP win in Matterley Basin. Renaux had two strong races last weekend going 1-2 and also Maggiora is a track he knows and has ridden before and even won at before back in 2015 when he was an EMX125 rider.

F&H Kawasaki Racing’s Mathys Boisrame and Roan Van De Moosdijk are a threat this weekend, with the pair becoming regulars when it comes to challenging at the top end of the field. Both riders have been consistently finishing together, with Boisrame 3rd in Orlyonok and 4th overall in Great Britain, while Moosdijk placed 4th at the MXGP of Russia and 5th in Matterley Basin.

And of course, we can’t forget the young Italian talent that is Mattia Guadagnini of Red Bull KTM Factory Racing. Last weekend in Britain we finally got to see the Italian shine as he took his first race win and secured a second overall on the podium – an emotional moment for sure. Now Guadagnini heads to his home GP with the confidence boost of his win and podium in Great Britain which will no doubt give him the push to keep going and deliver even better results this time around.

Other Local riders to keep an eye out for will be Andrea Adamo of SM Action Racing Team and Gianluca Facchetti of Team Honda Racing Assomotor. 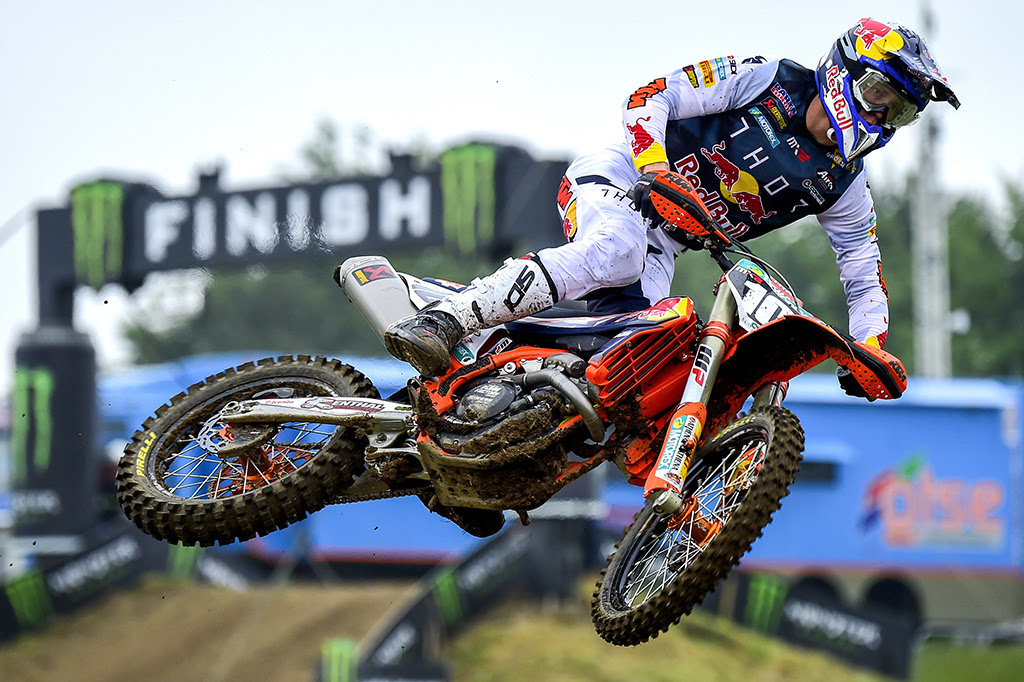 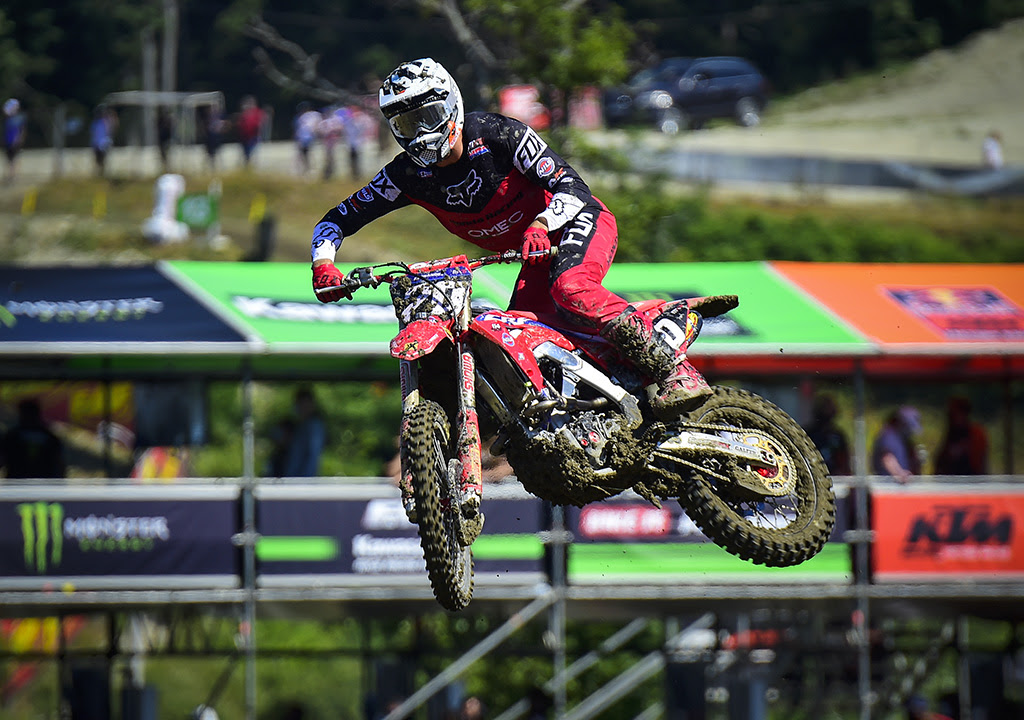