MXGP heads to the beautiful region of Sumatra in Indonesia for the MXGP of Indonesia this upcoming weekend, as the 2019 FIM Motocross World Championship takes yet another step around the World.

Round 11th and 12th of the FIM Motocross World Championship will be held in 2 different Indonesian islands, the first stop has Palembang as host city alongside the popular OPI Mall. Palembang, is home to over 1.7 million people and is one of the oldest metropolitan cities in all of Indonesia attracting thousands of fans to attend.

A brand-new track has been created in Palembang with 25,000 cubic metres of soil imported. The clay circuit provides a very unique and challenging experience for riders and teams alike who are looking for the best set-up for the weekend. Asia always brings something different, with its welcoming people and warm atmosphere that make the MXGP of Indonesia one of the most exciting stops of the MXGP calendar.

Team HRC’s Tim Gajser looks unstoppable at the moment, winning five GPs in a row and extending his series points lead to 83 points. The two-time World champion will head into Indonesia with his goal remaining the same, racing smooth and increasing his championship lead, until now that strategy has worked well. The Slovenian used to perform very well in the overseas races and he scored 4th and 2nd last year at the Indonesian rounds.

Red Bull KTM Factory rider Antonio Cairoli will not make it to Indonesia after his crash in Latvia three weeks ago where he fell in the second race and dislocated his right shoulder. Initial scans were positive, but the joint continues to be painful and KTM just confirmed is not yet in a condition to return to the MXGP gate.

The battle for third, fourth and fifth places in the MXGP points is an exciting one, with just one point separating three Yamaha riders. Looking to make a stand in Indonesia will be the Monster Energy Yamaha Factory MXGP team riders Romain Febvre and Jeremy Seewer. Seewer is third in the championship with 289 points and he is keen on lining up on Sunday to stand on the MXGP Podium after his Indonesian win in MX2 class in 2017 in Pangkal Pinang.

Monster Energy Wilvo Yamaha Official MXGP’s Arnaud Tonus and Gautier Paulin both stood on the podium in Germany and with no doubt they’ll be looking to continue their championship chase. They hold down fourth and fifth place in the series points with 288 points and they are both willing to strengthen their positions. 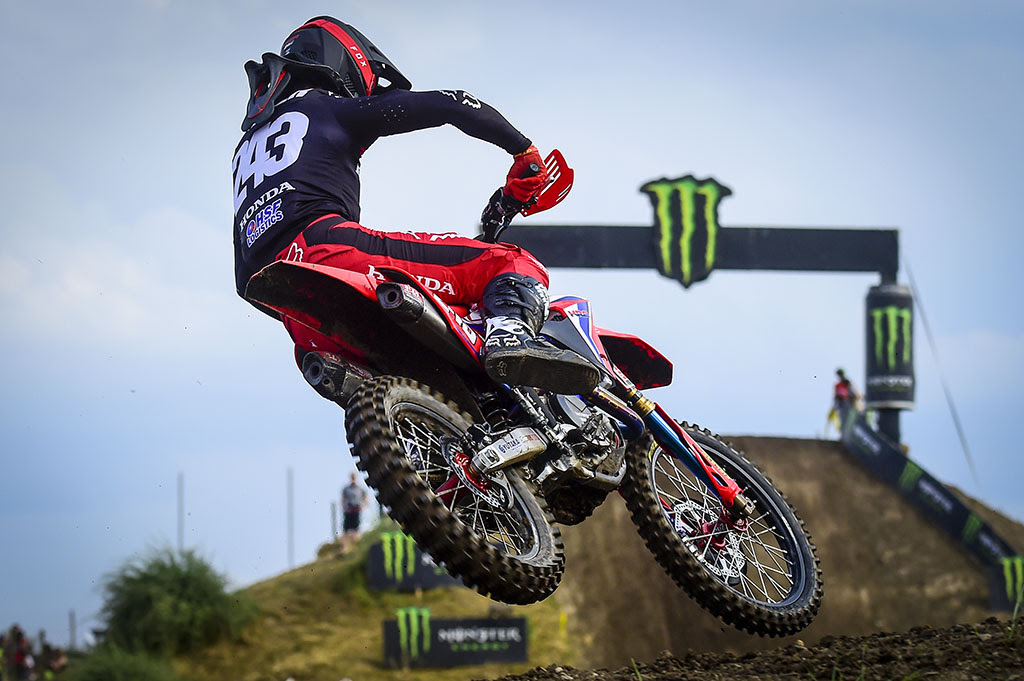 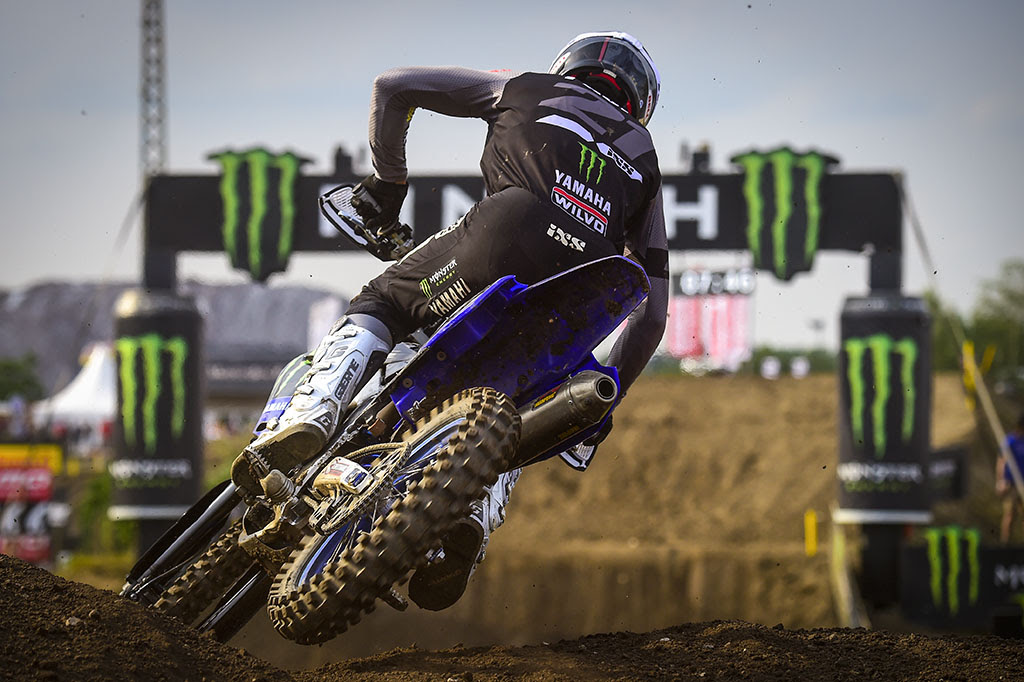 In MX2 Red Bull KTM Factory Racing’s Jorge Prado has complete control of the action, with nine GPs wins from nine starts. The Spanish rider will be a heavy favourite in Indonesia, but don’t be surprised if some riders try to put some pressure on him. Having just made the decision to move up to MXGP in 2020 if he wins this year’s MX2 championship, the pressure will start to build as Prado gets closer to his aim to be a double MX2 champion. Prado won the MXGP of Asia in Semarang last year while he only reached the third spot of the podium in Pangkal Pinang.

Rockstar Energy Husqvarna Factory Racing’s Thomas Kjer Olsen might have a GP win to his name in 2019, but that was when Prado didn’t race at the British round of the series at Matterley Basin and he is still keen on beating the Spaniard straight up. Olsen has never reached a podium position during the Indonesian rounds and surely he’ll line up to get this milestone career.

Monster Energy Kemea Yamaha Official MX2’s Jago Geerts is the only rider who managed to beat Prado in 2019 and you can be sure the Belgian youngster will use all his technical skills to do so around the tight and tricky track in Palembang, while his teammate Ben Watson will return this weekend after his injury during the MXGP of Germany’s practice and will also go into Indonesia with a positive vibe and confidence to improve on his position in the MX2 standings.

For Red Bull KTM Factory Racing’s Tom Vialle is the first Indonesian trip and he is traveling very confident after his third podium of the season taken in Germany.

Team HRC’s Calvin Vlaanderen is looking forward for this weekend, not only because it sets his comeback after he missed the latest GPs, but with the will to replicate his 2018 results when he won his first GP in MX2 class at the MXGP of Indonesia in Pangkal Pinang. 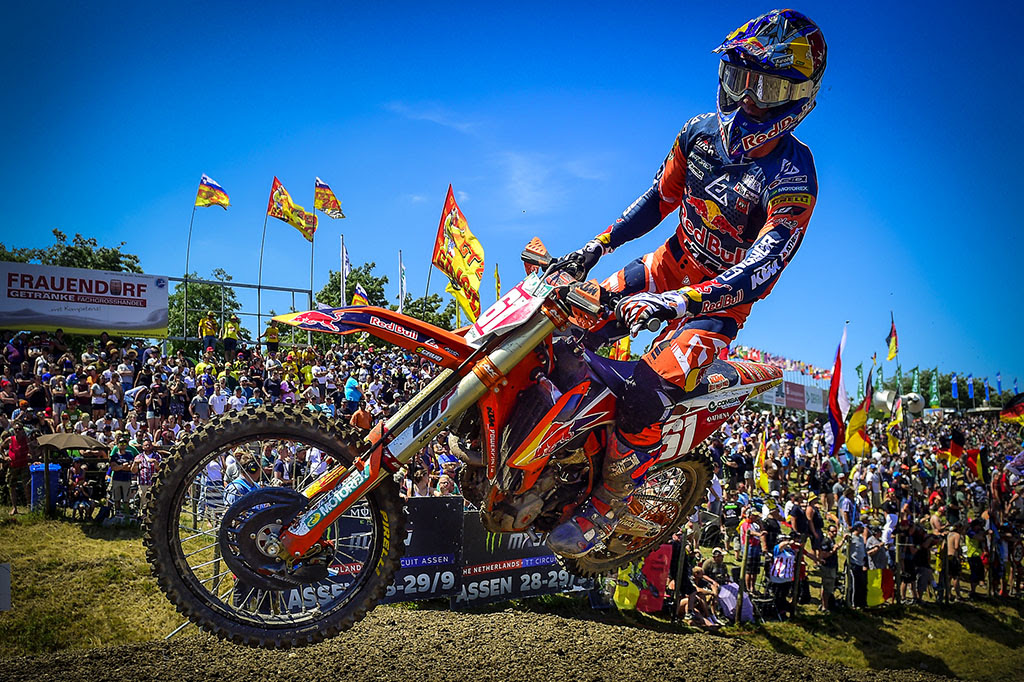 All Photos from the MXGP of Indonesia can be found HERE