A tough sandy track, with the added bonus of the sunshine and hot weather made for some challenging conditions, though this did not affect the intensity of the racing as we witnessed some very close battles across all categories.

Alongside the FIM Motocross World Championship races, we also saw the first heats of the WMX and EMX250 categories which were won by Shana Van der Vlist and Hutten Metaal Yamaha Racing’s Rick Elzinga.

A couple of riders got unlucky in the first corner, this included the MXGP rookie Mattia Guadagnini of Red Bull GasGas Factory Racing who lined-up in the premiere class for the very first time, along with Alberto Forato of SM Action Racing Team YUASA Battery and Monster Energy Yamaha Factory Racing’s Jeremy Seewer who went down in the first corner.

Monster Energy Yamaha Factory Racing’s Glenn Coldenhoff started well too, and briefly passed Gajser on the opening lap before getting passed back by the Slovenian.

Prado then looked solid as he went purple in a couple of the sectors and looked to break free of Vlaanderen. Though the Yamaha rider had other ideas and instead pushed the Spaniard for the lead. The pair traded places several times but ultimately it was Vlaanderen who secured the position.

Seewer then crashed again, before crashing once more later on. It was a tough race for the Swiss who finished 18th.

It looked like Gajser was settled in third place, though he quickly upped his pace and got by Prado on lap eight, as Standing Construct Husqvarna Factory Racing’s Brian Bogers passed Coldenhoff for fourth. Though Coldenhoff responded.

In the final laps of the race, Prado came under immense pressure from Coldenhoff, Bogers and Renaux who were all starting to form a train behind him.  Coldenhoff went by and Renaux was trying to do the same, but the pair came together, and the Spaniard and the Frenchman crashed.

Vlaanderen was able to keep Gajser at bay to claim his first qualifying win of the season, with Gajser second and Coldenhoff third, ahead of Bogers, Jonass, Renaux, Team HRC’s Mitch Evans and Prado, who dropped back to eighth.

Calvin Vlaanderen: “It was definitely a good day for me, my first qualifying race, so definitely a nice feeling. I tried to save some energy there to be honest, I passed Prado and then I kind of set a good comfortable pace. Then I saw Tim coming the last couple of laps and I had to try and push so he didn’t catch me. Nice feeling for tomorrow and definitely some good memories last year, so we will try to be better than that this year”. 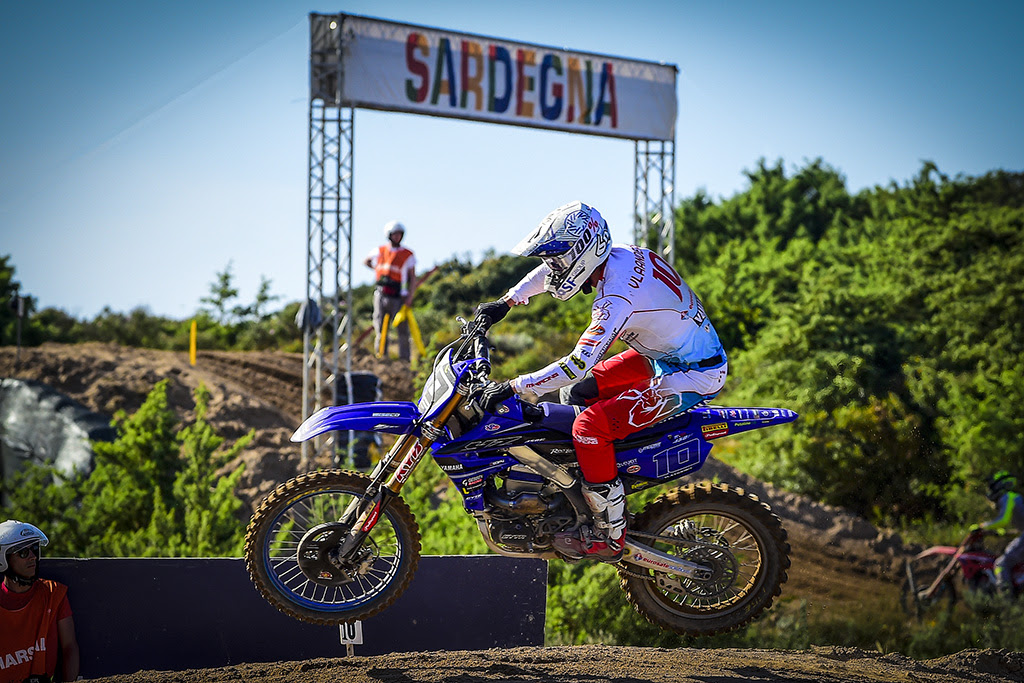 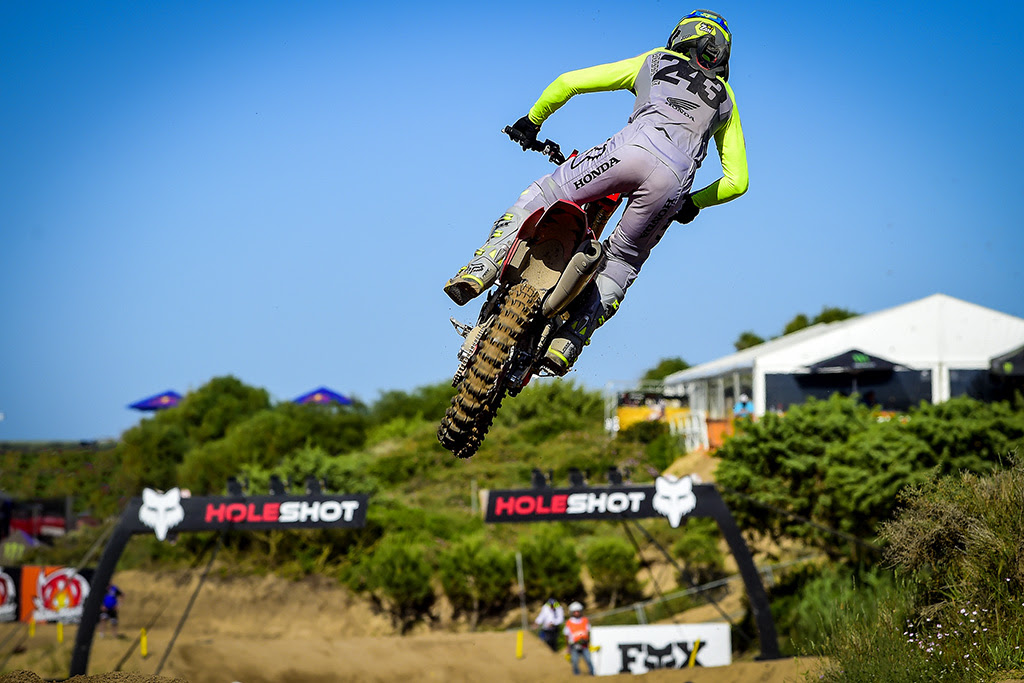 Red Bull KTM Factory Racing’s Tom Vialle got unlucky as he went down in the first corner and was left buried in the back.

Horgmo was quick to apply the pressure onto Benistant as Geerts got by Mewse for third, then not too long after was on the heels of Horgmo for second. It took Geerts three laps to find his way past his teammate and take over the lead.

Vialle was also making good progress as he got himself inside the top 10 within the first few laps. He made some good passes later in the race too and eventually fought back to fifth.

Red Bull GasGas Factory Racing’s Simon Längenfelder was the next rider to pass Mewse as Hitachi KTM Fuelled by Milwaukee’s Isak Gifting suffered a bike issue which saw him DNF the qualifying heat.

In the closing stages SM Action Racing Team YUASA Battery’s Andrea Adamo was looking solid after finding his way into fifth, though this all ended with the Italian crashing and dropping to 7th.

In the end, Geerts claimed his fifth qualifying race victory of the season with a very comfortable margin over Benistant, Horgmo, Längenfelder and Vialle.

Jago Geerts: “The qualifying went well. I had a pretty good start and then after a couple laps I took the lead and just felt good on the track. Had a good pace and I’m ready for tomorrow. The weather was really hot here compared to Belgium, so the races will be hard for sure. But yeah, looking forward to tomorrow”. All the photos from the MXGP of Sardegna will be available HERE.